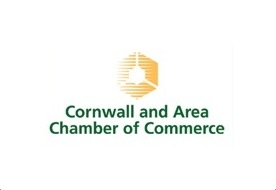 Cornwall Ontario — Over the past few months, the Cornwall & Area Chamber of Commerce has been contacted by a number of area consumers who were concerned about pressure tactics employed by door to door salespeople. At the time, the Chamber released a bulletin advising consumers to be vigilant.

“The Chamber is pleased to see that tougher legislation is being proposed,” states its President, Kevin Hargreaves. “Chamber staff have been contacted by a number of area consumers who had been pressured into signing contracts and it appears that seniors are particularly vulnerable.”

Minister of Consumer Services Tracy MacCharles says the legislation will help protect families, seniors and newcomers when they make purchases at their front doors. “By focusing on door-to-door water heater sales, we’re taking action on an important consumer concern,” she said.

For Whom the Ads Toll by Denis Sabourin