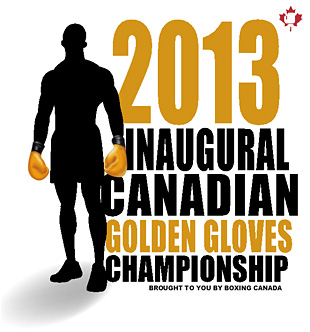 ChooseCornwall.ca — Several hundred athletes, coaches and officials from across the continent are expected to attend the inaugural Canadian Golden Gloves Championship in Cornwall Ontario.

The competition is being organized by Boxing Canada and will be held at the NAV CENTRE in Cornwall, from July 16-20, 2013.

The Golden Gloves Championship will provide an opportunity for boxers to showcase their skills in front of top ranked referees and judges. This major competition is open to both male and female athletes from age 11 to age 40. Boxers will be classed by both gender and age, and then matched to opponents by weight. At the end of the competition, the winners will hold the title of Canadian Golden Gloves Champion.

Mr. Robert Crête, the Executive Director of Boxing Canada estimates more than 700  boxers trainers, coaches and officials, will be in attendance.

“This is the first time Boxing Canada has held this type of competition and we expect to receive athletes from across Canada and throughout North America,” said Pat Fiacco, President of Boxing Canada. “The NAV CENTRE is ideally suited to an event of this magnitude and we are hoping fans from Ontario, Quebec and New York State come and enjoy the competition.”

The NAV CENTRE previously hosted the 2012 Women’s Elite Continental Championships, a pre-Olympic tournament for the world’s elite female boxers in the Americas. The Golden Gloves Championship is a much larger event, and one that is expected to draw international media to Cornwall.

“We are excited to work again with Boxing Canada,” said Kim Coe-Turner, General Manager of NAV CENTRE. “We will be transforming NAV CENTRE into a world class sporting venue with activities happening both inside and outside under two large tents.”

Located on the scenic shores of the St. Lawrence River in Cornwall, the NAV CENTRE is a full service conference centre offering access to 551 guest rooms and 70 dedicated state-of-the-art meeting rooms, spa, fitness centre with indoor pool and an Irish pub with live entertainment. The Centre can accommodate small groups of five to large groups of up to 500. Learn more at www.navcentre.ca.

Sylvie Thibert reports on Relay for Life Zumba May 22nd