Oblivion: We are an effective team! Movie Review by John Earle

by SeekersAdmin
in News and Announcements
Reading Time: 3 mins read
136 4 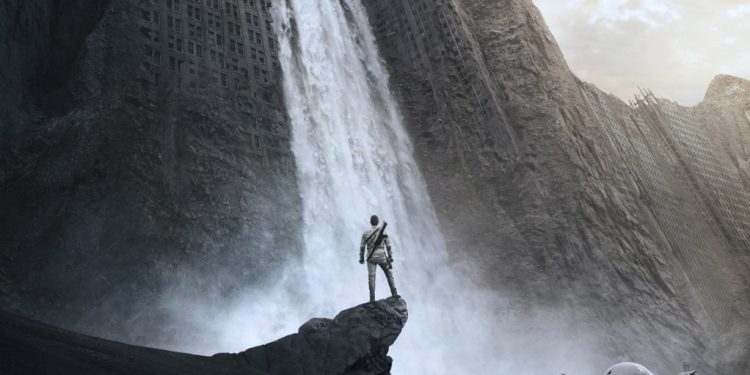 Tom Cruise how we missed you! I had the opportunity to catch Oblivion with a friend of mine I haven’t seen in a few years this past Sunday. (side bar – someone who reads my reviews other than my mother asked me if I got paid to go see the movies I review – no,  however they do pay the .89 for butter on my popcorn)

This movie is just over 2 hours long at 124 minutes, and when it finished I wanted to see more.

Oblivion is set in post-apocalyptic/post alien war 2077. Jack Harper (Tom Cruise) explains to us that the world has been destroyed, “we lost the Earth but won the war”, and now he and his controller Victoria (Andrea Riseborough) are the only two people left on Earth as the clean-up crew. Jack explains that everyone else has been sent off to Titan, a moon of Saturn, and that they need to continue to protect the operations from Scavs, the few rebel aliens left on the planet.

So each day they wake up, (together – as they are romantically involved) get their orders from Mission, and send Jack the technician out to repair the drones. The drones monitor the process of sucking the Earth clean of sea water, which we are using to generate energy, which will be sent off to Titan. Of course prior to their stint on Earth their minds are wiped clean to protect their mission should they be captured.

So you already know that Morgan Freeman is in the movie, but if I go into detail about his character, I’ll ruin it for you. So I won’t. Freeman delivers his usual solid performance; I really like him in the role…which I am not going to tell you about.

The film, to me is really a metaphor for the human soul. It’s a look into not only what makes us tick but defines who we are as human beings. Not just the memories we have, by why we have them. It is what separates us from the lower species.

The imagery in this film is astounding. And the details in the background really create the world that Jack is living in. I will go see it again just to see the ones I missed. Ships in deserts, planes and city underwater, landmarks of America popping out of the sand and dirt; it’s quite spectacularly done.

For the film buffs out there you will definitely appreciate the Kubrick moments of the film. The director Joseph Kosinski, takes us into this sci-fi fantasy world, with a lot of brilliant white uniforms, and furniture. I watched with delight as Jack ran inside a giant white hamster wheel treadmill. There’s a really big one at the end, however again I don’t want to ruin it for you.

Olga Kurylenko is stunning as Julia, who arrives on earth in a sleep pod, and who Jack rescues…but I can’t say more, as it would also ruin things.

If there’s one film you should go see in a good theater this year it’s definitely Oblivion. Worth the ticket price, and if you’re lucky someone will pay the extra .89 so you can get butter on your popcorn. (another side bar – Tom Cruise has played a character named Jack 3 times = Oblivion, Jack Reacher, and Legend – unless of course you count Rock of Ages where he plays Stacey Jaxx)

Lastly I want to thank those who write in and comment on my reviews – good or bad! Keep those letters coming. My only critique is to the person or persons, who wrote me about my comment on the protest at city hall two reviews ago, please use spellcheck when writing your climactic ending next time!

Until next time my flimsies – look out for number 49!

The Dead Zone Part 2: Coming out of the Desert by Sandra Taylor Hedges