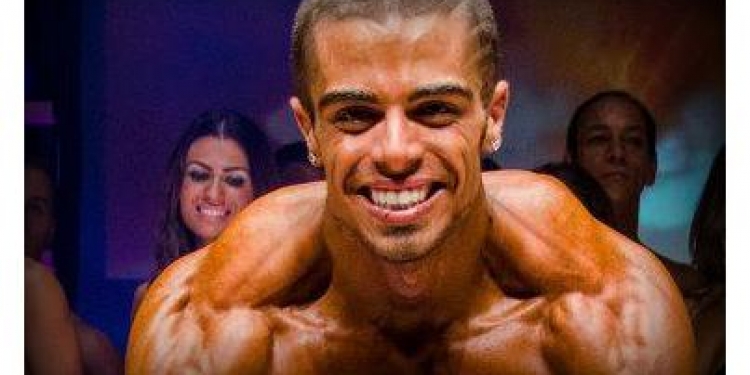 Cornwall Ontario — On May 11th at the annual UFE (Ulitmate Fitness Events) “Chaos” Natural Bodybuilding Competition in Montreal, Cornwall native Joey Berry would again make history by placing first in his division for the 4th consecutive time, solidifying his spot as the undefeated Junior Bodybuilding Champion.

Berry dedicated this event to his late father, who recently passed away in late February. Not wanting to disappoint, Joey trained and disciplined himself twice as hard for this event, with workouts consisting of 2 hours a day, 30 minutes of cardio every morning and a consistently clean and strict diet.

At just the age of 20, this young St. Lawrence College student has already been featured in several bodybuilding magazines country-wide and has recently delved into the fitness modelling world in his first shoot with Montreal photographer Paul Henry Serres. This natural charismatic showman is keeping highly motivated and determined to achieving his goal on becoming the best Natural bodybuilder in Canada when he competes for the National title of Mr. Jr. Natural Canada.

In the meantime, he hopes to continue coaching other juniors into competing and helping others achieve their fitness goals.