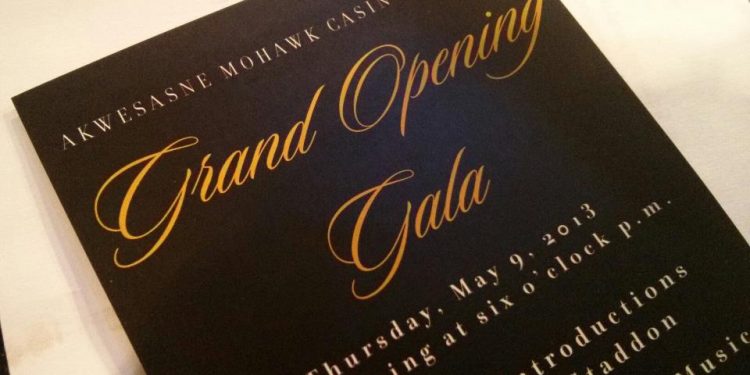 It’s not every day that you get to celebrate a $74 million dollar, two year long expansion process.

“We are now officially a resort”, said Tribal Chief Randy Hart in a speech addressing  guests, partners and media last Thursday night at the new Akwesasne Mohawk Casino Resort.   “The project was built on time, on budget and is looking pretty darn good”,  he added.

Since it first opened in 1999, the casino has become one of the largest employers in the North Country, providing work for more than 980 people, 41% of which are natives.  The newly built hotel created 68 new positions and features 150 luxurious guest rooms, a spa, a swimming pool, an extensive workout area and even an outdoor cigar lounge.

The casino reinvests a lot of its revenue in the community.  Health, schools, libraries, museums, boys and girls club… All in all, over 200 programs get support from this business entreprise. “Gaming is a fun sport… not a way of life”, says Hart.

Part of the expansion was to relocate the 28 year old Bingo Palace which is now standing in the east wing of the premises and operates 7 days a week.  “Cosmic Bingo” takes place every Saturday Night from 10pm to midnight and features black lights, great music and florescent cards and ink.

What’s next? A Grand Theater where World Class Acts will be performing. As Tribal Chief Paul Thompson says:  “Not everybody can go to Vegas.  The idea is to bring Vegas to them.”

Through the Lens: Tammy Jette published in this week's The Seeker!