National Awareness on the issue of hunger 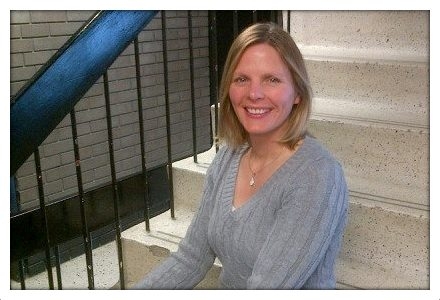 “When will our consciences grow so tender that we will act to prevent human misery rather than avenge it?” — Eleanor Roosevelt

One week a year, Food Banks Canada dedicates national awareness on the issue of hunger. If we really think about it, hunger occurs 365 days a year for many people in Canada. Not just a dozen, we are talking millions and just that fact alone, you would think that hunger deserves much more considerable amount of attention than the measly week it receives.

You would also think that educating Canadians on an issue that is very real, brutal and life altering to families and children would have a large impact on our actions, legislations and hunger policies. Does it?

I thought so but with the subject like hunger, I am starting to have my doubts. In my childhood in the 1970’s, I did not see much hunger and poverty having grown up in the suburbs of Montreal. It was only when I moved to downtown Montreal, in-between Place St. Henri and Westmount, I noticed tar-paper shacks sitting in a backdrop of gargantuan homes did I realize that we had some problems here. I remember walking through dead, quiet spaces with single lonely strands of grass, leaving the wrong side of the tracks (I lived by the train tracks literally) to sumptuous lush green bushes, flowers and giant oak trees in the space of one kilometer.

Off and on over those years, I saw poverty in pockets across Canada, and had no real comprehension as to why did we have hunger in Canada. Asking the obvious questions, I would come across much resistance towards the topic or adverse reactions like “they should just get a job” or “this isn’t Africa, a country with real problems”. What I found is that we tend to punish, ignore or fear those who live in hopeless despair.

It shocked me back then, and still shocks me today. I think to allow our “consciences grow so tender” as Eleanor Roosevelt once said, we ought to stop the judgements and just listen. Learn about lives without heat, electricity, a phone, bus money or adequate food to eat. Wonder what it must be like for children to live with that, having their childhood rest on a fragile thread of painful hunger pangs and dreariness. To feel like a “have-not” in society and to know when you grow up you will nod in silent acknowledgment that they were one of “those people”.

How does the fate of the hungry get addressed when individuals struggle with the very word and cannot understand the day-to-day fight to survive with next-to-nothing when they are worried whether their Smartphone has been charged? Hunger in Canada is an unsolved tragedy of our time. We can observe hunger in our own backyard and shouldn’t we be asking ourselves if it matters? Yes! Yes it does matter. So, let’s wake up, seize this opportunity to face one of the worst human conditions and envision possible solutions!