by SeekersAdmin
in News and Announcements
Reading Time: 1 min read
36 2 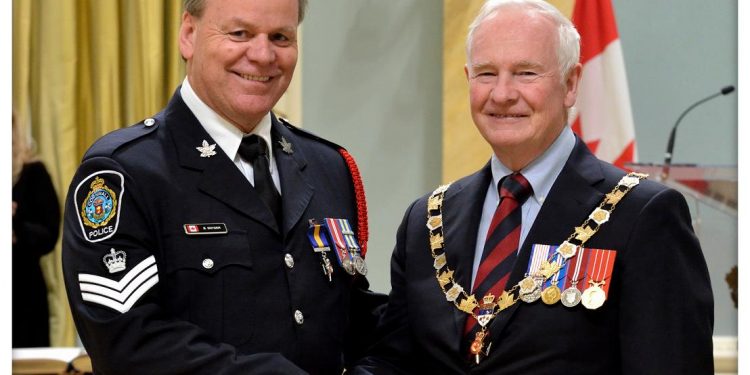 Cornwall Ontario — The Cornwall Community Police Service is proud to announce that Staff Sergeant Brian Snyder was appointed to the Order of Merit of the Police Forces at a ceremony at Rideau Hall in Ottawa, by His Excellency the Right Honourable David Johnston, Governor General of Canada, on Friday, May 24th, 2013.

The Order was created in October 2000 to recognize the leadership and exceptional service or distinctive merit displayed by the men and women of the Canadian Police Services, and recognizes their commitment to this country. The primary focus is on exceptional merit, contributions to policing and community development.

Appointments to the Order are made by the Governor General on the recommendation of the Commissioner of the Royal Canadian Mounted Police. An advisory committee has the task of assessing the relative merits of persons who are nominated for the Order, and recommending to the Commissioner, the names of those considered especially worthy of the appointment.

Staff Sergeant Snyder was 1 of only 47 appointments from across Canada.