Wrapped Around Your Finger

by SeekersAdmin
in News and Announcements
Reading Time: 3 mins read
6 1 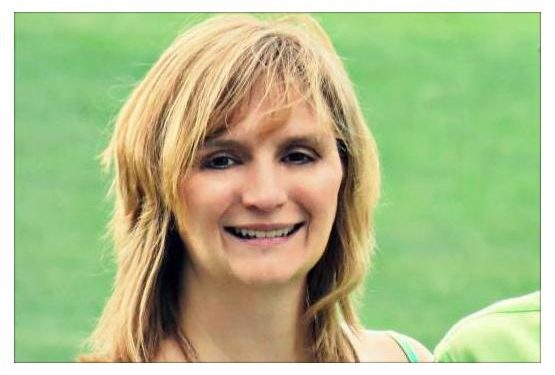 What a week this has been! After another series of convocations for the students, where I volunteered along with many of my co-workers, I was able to enjoy a myriad of activities with co-workers for the Staff Appreciation Days and also had several invitations from friends, that meant little time at home but some welcome diversions.

First off, some friends invited me to visit an art show in the Newburg Ruins which was a lot of fun and it was a spectacular sunny day. Afterwards we all gathered for a BBQ. Although the temperature dropped, it was a beautiful night and it gave me an opportunity to get to know them better.

Among the staff appreciation events I participated in was the harbor cruise from Kingston to Gananoque, the BBQ luncheon where we were encouraged to dress country so although I don’t have the cowboy boots anymore, I do have the cowboy hat, and topped it off with some fast-paced line-dancing. There was also a patio opening and BBQ in my new building which gave me an opportunity to meet some of my neighbours. Although when I first moved in, it was still under construction, I am in awe at all the improvements and extras that are happening. The view from the rooftop patio is spectacular and the ambiance they created rivals any I have ever seen. It is just one more thing that is making my new place feel like home.

The top event this week though was the Sting concert at the K-Rock centre. A friend contacted me recently to see if I wanted to go as they had an extra ticket and I jumped at the chance. The concert was this past Tuesday and the Back to Bass tour exceeded my expectations. Sting’s voice was pristine and he delivered pitch-perfect performances of his classics, some lesser known songs and fan-favourites accompanied by a five-piece band that gave a fresh twist on the well-known songs that reflected the thirty-five some year career of Sting. The crowd welcomed him with applause, dancing and singing along; it was one of the best concerts I have seen. From “Every Little Thing She Does is Magic”, to Every Breath You Take”, the haunting “Fragile” and mesmerizing “Desert Rose” we were riveted and soaked up every note and every moment. I was in awe from the first chord to the final applause; it was a magical night and it was clear that he had the crowd ‘Wrapped around His Finger’.

The concert was amazing, but the camaraderie of the evening was what made it my favourite time in my new city. Prior to the show, we had a pre-concert gathering where I was treated to an absolutely amazing BBQ where I ate the perfectly seasoned and melt-in-your mouth salmon, an array of salads and grilled veggies and drinks. We shared stories and I met some new people that I became fast friends; it was spectacular.

As they dropped me off at the end of the night, hey I didn’t even have to drive; it was awesome! I walked up to my place and reveled in an absolutely fantastic week and realized that I have finally found what was missing since I moved. I really connected with others; I have found some wonderful new friends and yet also reconnected with longtime ones. As I check my PVR where I record shows to watch when I have time, I realize it is really building up, because I am too busy living.

HOW ABOUT A MEATBALL SUB?