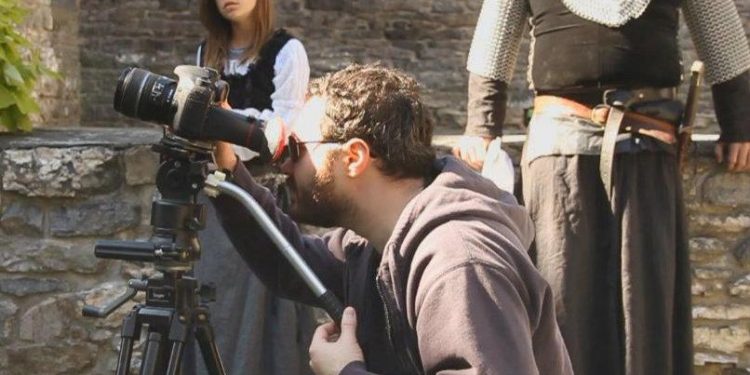 The power of the mind is often considered as one of the most important aspects in fighting an illness. Local Videographer Shaun Savard, owner of Playmaker Studios, firmly believes this.  So much so that he has worked for over a year and half in creating a documentary titled “The Test Of A Man”.

“The film chronicles the life experiences of our own Dr. Paul Poirier as he deals with brain cancer”, said Mr. Savard.  “Dr. Poirier has been fighting cancer for 15 years, which is a true testament to his strength.”

The documentary is approximately 24 minutes long which was carved out of some 35 hours of footage.  Every aspect of Dr. Poirier’s battle is explored – chemo treatments, seizures, physical recovery from the operations and even family life.  The film also has a few special touches with a celebrity shot featuring Arnold Schwarzenegger, while narration is handled by Ian Anderson of the well known band Jethro Tull.

“It has been quite an experience working with Dr. Poirier to tell his story”, said Mr. Savard.  “I have so much respect for this man and the journey he has been on for the past 15 years.  We have now submitted the film to the Toronto International Film Festival as well as the Sundance Film Festival, and sincerely hope that it will be accepted – it is an amazing story.”

Playmaker Studios is currently working on another documentary titled “This Is Our Life” about the closing of the Cornwall Kinsmen Special Needs School.   Trailers for both films can be found on the Playmaker Studios website www.playmakerstudios.com.

“The services offered by Playmaker Studios have certainly evolved with the times since it was established 10 years ago,” said Candy Pollard, Business Consultant with the Cornwall Business Enterprise Centre.   “Beginning with wedding videos and photography, Playmaker Studios has grown with the industry and now offers music video packages, wedding photography, band photography, corporate videos, commercials and now documentaries.  Mr. Savard is dedicated to ensuring that his business stays current with both technology and industry trends. This will serve our community and his clients very well.”

For more information on Playmaker Studios, please contact Shaun Savard at 613-938-3770 or shaun@playmakerstudios.com .