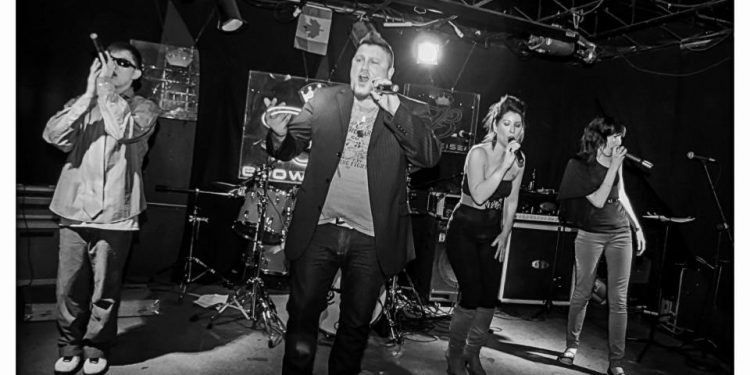 The band will be performing their high-energy show at Lift-Off on Thursday, July 11th at 8:30 p.m. as the supporting act for Down with Webster. Later that evening, they will also be launching the release of their debut CD ‘Paralyzed’.

“We decided that rather than hold our CD release on a separate night, we would host an after-party for all of our fans after the Lift-Off show,” said Sky People’s Davey Bedard.

The after-party CD launch begins at 11 p.m. at Vu Night Spot, 113 ½ Pitt Street in Cornwall. CD’s will be available for purchase for $10 and the cover charge is $2.

The band’s high-impact style of music is an eclectic blend of electronic, dance, pop, and drum and bass, and is reminiscent of mainstream dance groups such as the Black Eyed Peas. The CD’s contagious tracks were written by the band’s four main members and produced by Rye Vicious and Yung Moses.

The band, whose members combined have hundreds of live performances under their belts, hopes to one day hear their catchy hooks playing in dance clubs or on the radio. The goal, for now, is just to get audiences, like the one at Lift-Off, up and moving.

“We are currently starting to get played in Europe right now thanks to our featured member Drew Edghill who currently lives in Ireland and has radio influence out there,” said Bedard.

“Main stream radio and a distro deal would be nice, but for now, we are just having a blast!’