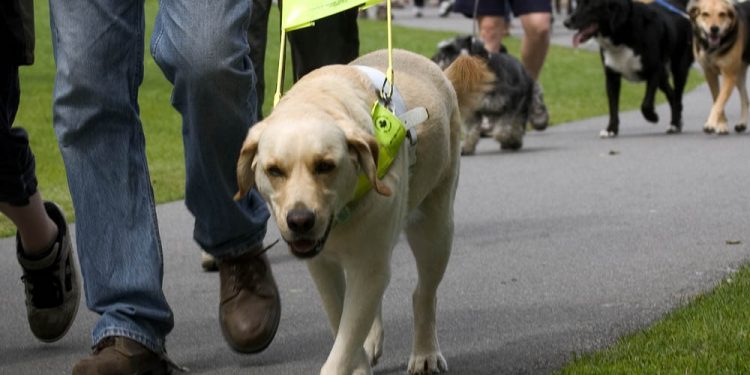 “We very much appreciate the support of LCBO through their Donation Box Program, and especially their customers for donating during the campaign,” says Steven Doucette, Spokesperson for Canadian Guide Dogs for the Blind. “Canadian Guide Dogs for the Blind receives no government funding, so initiatives like this are extremely important in our mandate of providing guide dogs to visually impaired Canadians.”

“As a good neighbour, LCBO is pleased to partner with Canadian Guide Dogs for the Blind and support a variety of worthy causes,” says LCBO President & CEO Bob Peter. “Through the generosity of LCBO customers and staff, we help improve the lives of countless Ontarians and make a difference where we live and work.”

Canadian Guide Dogs for the Blind is one of 28 provincial and numerous local charities that will benefit from LCBO’s province-wide donation box program in 2013. In 2012, LCBO raised a total of more than $6.6 million for charities through special programs and initiatives, of which $6.1 million was raised through in-store fundraising. In addition, LCBO’s annual dividend transfer to the Ontario government, which totaled $1.7 billion in fiscal 2012-13, excluding taxes, supports a wide range of important government programs, services and priorities, including health care and education.