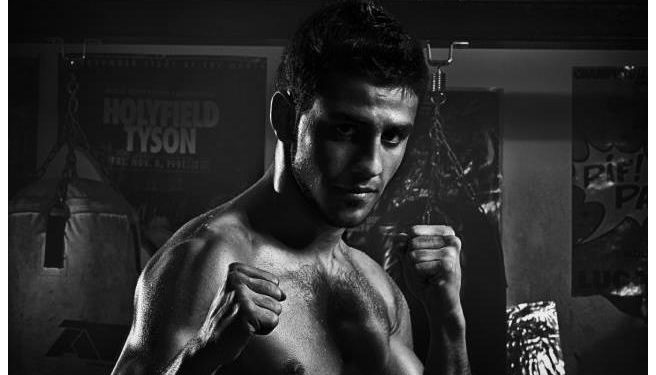 Ontario, Canada (November 8, 2013) – Promising lightweight Tony “Lighting” Luis believes he could very well become the first fighter to stop rugged New Yorker Raphael Luna when the two battle tomorrow evening at the Whitehall Athletic Club in Whitehall, NY.
About eight years ago as an amateur, the 17 year old Luis trekked from his native Canada to face Luna, who is six years his senior. At the time, Luis was aware of Luna’s reputation and knew he’d have to work hard for a victory.
“It was a dangerous fight to take at the time,” Luis said of their initial meeting. “He was known as a big puncher in the amateurs. He was a little bit of a trash talker before the fight but I outboxed him and won a decision.”
As professionals however, the two have gone on separate paths.
Although Luna’s record is an uneven 4-5-2 with 1 win by knockout, he’s had no help from the judges. The Albany native’s two draws came in the hometown of his opponent and he’s also dropped split and majority decisions. Two of the three men to defeat him unanimously, Ryan Kielczweski and Mel Crossty, are now a combined 22-0.
Known as one of Canada’s brightest young stars, Luis won his first 15 bouts and claimed a minor WBC title following a first round knockout in 2011. On January 25, the fast and exciting 25-year-old stepped up and battled 6’0 late replacement Jose Hernandez. The two warriors engaged in one of ESPN’s most exciting fights of the year however, Luis was stopped in the eighth round. After spending time in the gym to correct some of his mistakes, Luis returned in May to shut out iron chinned veteran Maurycy Gojko.
Against Luna, Luis, who has never seen his foe fight in the paid ranks, admittedly is entering the ring with plenty of confidence.
“I haven’t seen him since we fought as amateurs. The way I’m looking it at is he’s 31 now and I am a man not a teen. I believe I’ve made more improvements than him. The game plan is to box smart, stay away from his punches and kill him with hand speed. I’m not worried about him he should be worried about me. I don’t want this to go to the judges and I want to punish him but I won’t force a knockout.”
Luis is also aware that another significant fight will likely proceed if he’s victorious.
“I am penciled in for an ESPN fight in January at Turning Stone. With that said, I’m focused on Luna now. I have to take care of business. Come Saturday, everybody will see a smarter Tony Luis who is just as fast and aggressive. I fought stupid against Hernandez I got caught up in the moment. I did soul searching and got back to my boxing and the style that made me effective.”
For tickets or more information, go to Whitehallathleticclub.com or call 518-832-3662.
Contact – Matt Yanofsky (Team Luis Advisor and Publicist) – 551-206-0578