Sharks Split Games in Day One of Schooners Invitational 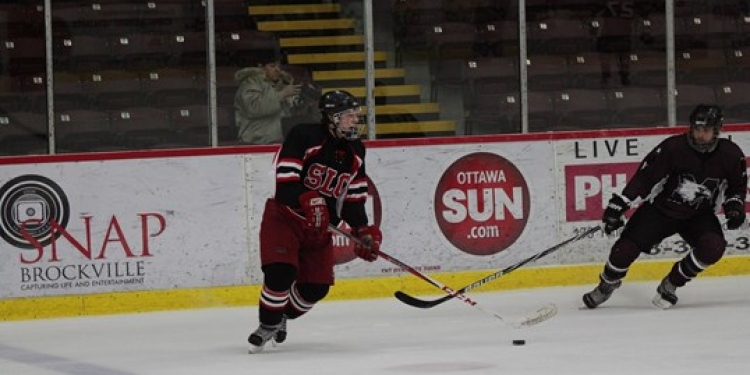 The Sharks got off to a great start, with Justin Rutley, Eric Evans, and Brandon Gilmour all scoring goals for SLC in the opening period. Bishops would score in each period to keep the game close, but Gilmour would score two more goals in the third period, recording a natural hat trick, in-addition to earning the Sharks victory. Gilmour was named Shark player of the game, for his three-goal effort.

Looking for their fourth consecutive victory, the Sharks took on the McMaster University Marauders in their second game. Falling behind 2-0 after the first 4 minutes of the game, SLC was looking defeated heading into the second frame. Sharks forward, Brandon Glimour, would record his fourth goal of the tournament, early in the second. But McMaster would respond with two goals of their own, and went on to win the game 4-2.

Gilmour was named player of the game for Sharks for the second consecutive game.

SLC-Cornwall begins day two of the Schooners Invitational against Centennial College at 8:00am on Friday January 10th.