CFN celebrates five years with extravaganza at the Port

by SeekersAdmin
in News and Announcements
Reading Time: 2 mins read
34 1 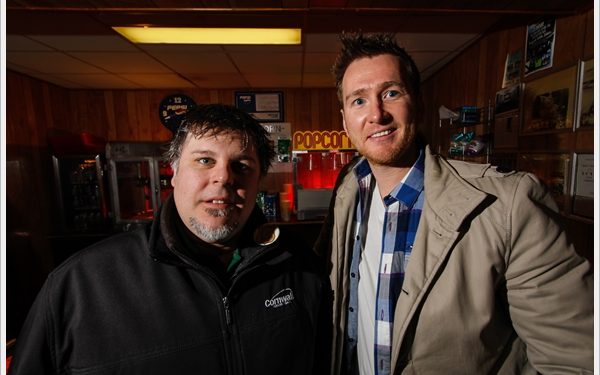 Cornwall Ontario — It was all smiles for Jamie Gilcig on Sunday afternoon at the Port Theatre. Adorned in his iconic reporters hat and a River Kings jersey, he was the MC for the event, which celebrated CFN’s fifth anniversary. The extravaganza featured arts and culture, including performing arts (comedy), music, and film. There were also guest speakers and a door prize raffle for those who donated money to help the Port purchase a new digital projector.

Rodney Rivette and Brock Frost were among the many event sponsors.

The afternoon finished with a screening of the movie Blade Runner. The Seeker would like to extend congratulations to Cornwall Free News on their fifth anniversary. The first five years are often the most challenging for any new business. It takes tenacity, fortitude, and hard work to reach an important mile stone like a fifth anniversary. Kudos for putting on a well organized event.