by SeekersAdmin
in News and Announcements
Reading Time: 2 mins read
31 1 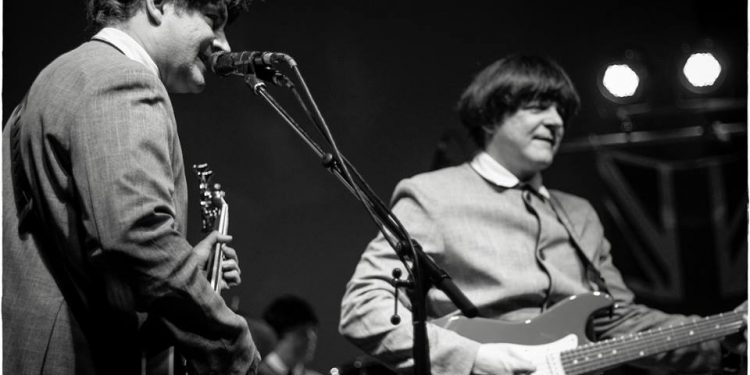 Cornwall Ontario — The Port Movie Theatre on Montreal Road has become an iconic and historical landmark. The Port has been a cultural hub for arts in culture in Cornwall Ontario for over 70 years now.

Over 500 people were in attendance for a sold-out show that featured Revolution. Their set commenced with a video clip of the 1964 Ed Sullivan show introducing The Beatles to American audiences and ushering in a fresh and hip new era of Beatlemania.

Revolution hit the stage adorned in Beatles wigs and costumes. Their covers of classic songs were energetic, authentic, and realistic.

Opening for Revolution was local band Landmark who are now celebrating 30 years as a band. Allan McGimpsey, Dale Williams, Randy Chesbro, and Mike Summers put on a great show.

By the end of their set, the audience was standing up, dancing, clapping, and singing along to the classic hits. It was a special night for Bicycle World owner Allan McGimpsey playing in front of a large home town crowd.

Mr. Frost was also the host of the event, introducing bands, a bicycle giveaway, and the announcing of the 50/50 draw winner.

Congratulations to the Port Movie Theatre on a fantastic show and raising funds towards a new digital projector. The Seeker is proud to sponsor this event.