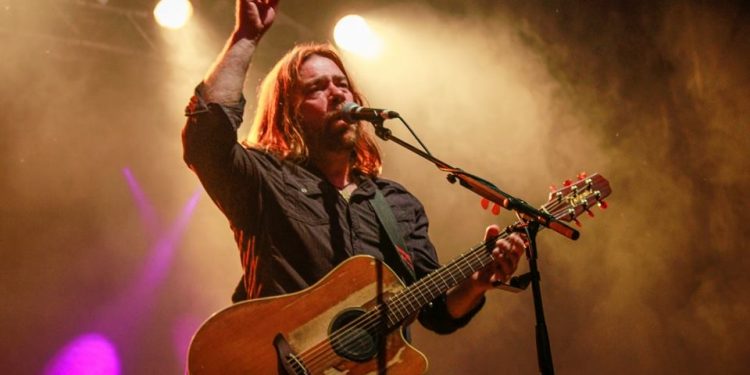 Cornwall Ontario — Local Music fans got to see Alan Doyle play with his band Great Big Sea last November. The musician and actor returned to Cornwall to play a set on our communities largest stage on Saturday night.

Before his set, Alan Doyle met with some lucky fans at the official meet and greet. Here is Lift-Off Entertainment director Jason Mitchell posing with Alan Doyle.

Devin Cuddy played a high energy set, and helped pump up the crowd for Alan Doyle.

Hadrian’s Wall were fantastic too, playing an afternoon set outside in the hot sun. Ewen McIntosh who plays for  Hadrian’s Wall played Lift-Off last year with the Crofters.

Opening the show was the Mandee Wood’s band, featuring Roy Nichols who is the drummer of April Wine. By the end of the night there were about 5000 in attendance.