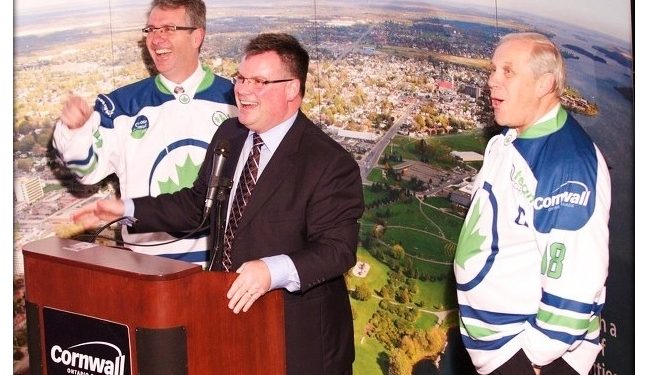 Team Cornwall is proud to unveil its newest merchandise piece that captures the hard work and passion of our hometown.

Cornwall Ontario – Gilles Latour, 48 of Long Sault was arrested on November 26th, 2014 and charged with 37 fraud related offences including breach of trust, theft by conversion, fraud over $5000 and obtain by false pretences. It is alleged that between August, 2008 and April, 2014 Latour defrauded five individuals and police were contacted to investigate. On November 26th, 2014 Latour attended police headquarters to deal with the matter. He was taken into custody, charged accordingly and released to appear in court on January 8th, 2015.