The Scoop – The role of a municipal mayor 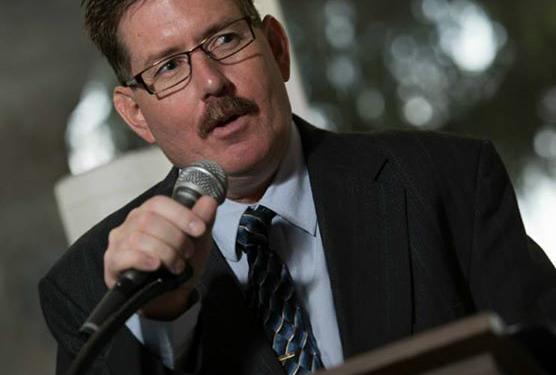 Greg Kielec asks What is a mayor? It seems like a pretty straight-forward question. In fact the powers of the mayor are clearly defined by the Ontario Municipal Act 2001. To be concise, the decision-making power in every municipality — including Cornwall — rests not with the mayor, but with council as a whole.

So I couldn’t help but watch on election night in disbelief when mayor-elect Leslie O’Shaughnessy was forced to school a wide-eyed television panelist about the role of a municipal mayor as intended under provincial legislation. What was even more stunning was that the panelist himself is a seasoned politician who served as an alderman on city council.

But maybe I should not have been shocked. If the past two terms of Cornwall City Council is any indication, the role Mayor Bob Kilger was more akin to king of the court, not the 11th councillor as O’Shaughnessy so humbly put it.

I, of course, knew this when I began covering Cornwall City Council early in its term. I had covered numerous municipal council’s throughout my 25-year news career and attended numerous workshops and seminars on municipal governance. The Ontario Municipal Act — especially the section on governance — was any good municipal reporter’s Bible.

It was clear from the very first meeting I attended, and many meetings after, that the mayor, senior administration, and all of the council members — aside from O’Shaughnessy — either were not informed of the proper role of the mayor under the municipal act, or if they were informed, they simply turned a blind eye.

The mayor is not the premier of Cornwall, nor is he prime minister or president. If one were to draw a parallel to federal government, the closest comparison would be the role of the speaker in the House of Commons or maybe the governor general. The key difference is the mayor is able to vote along with council members, most importantly to break a tie in a hung vote like what happened during the debate on the Courtaulds apartment complex.

It is very clear from the Ontario Municipal Act and other guidelines issued by the Ontario Ministry of Municipal Affairs and Housing that there is no extraordinary power vested in the mayor. The power is vested in council as a whole. Anything other than that would be nothing but a municipal version of a dictatorship.

So I am reassured when I see our mayor-elect referring to himself as being just one member of a large team any time he has been challenged to take up the mantle of king and rule over his lords around the council table. That is somewhat how council was run the past term, and we all know how those four years went.

The voters have had their say — now they shall reap their rewards: The return of democratic representative government to Cornwall.

Greg Kielec is a career reporter and newspaper editor with more than 25 years experience covering municipal politics in Cornwall in the surrounding area. He most recently worked for The/Le Journal, where he covered Cornwall City Hall extensively. Prior to that he spent more than 10 years at the Standard-Freeholder in Cornwall as reporter, wire editor and assistant city editor.