News Editor and Former Mayoral Candidate to drop the puck 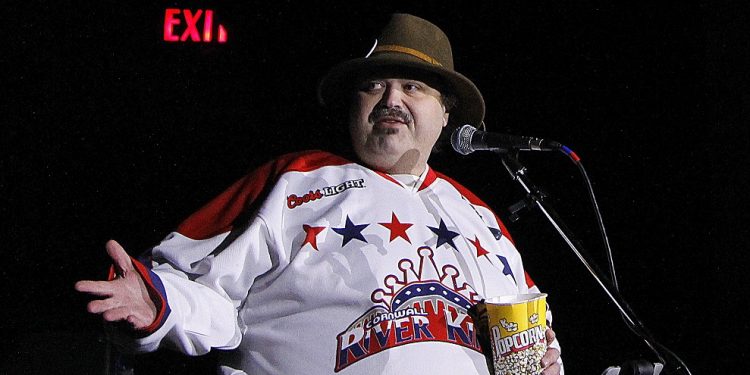 Cornwall Ontario — Jamie Gilcig, Editor of the Cornwall Free News and and a former Mayoral Candidate, will be introducing the new River Kings owner Steve Moreau and dropping the puck at tonight’s game which commences at 7:30pm at the Cornwall Civic Complex.

Mr. Gilcig, who was critical of the previous ownership, is an interesting choice for tonight’s puck drop.

For those wondering, does Jamie Gilcig have a hockey resume? The answer is yes, but not on the ice. Instead his hockey experience is behind the camera. as a former Video Statographer for the Montreal Canadiens in the 1993-1994 season.

The game starts at 7:30 PM.     This is your chance Cornwall to show what a hockey town we really are.     You can come cheer me, or boo me, but bring a friend and make sure we fill this house and give our new team owner the kind of impression that will get him to write a few extra cheques and get the team an upgrade on talent as there’s still plenty of hockey to be played this season.

Will you be there Cornwall?