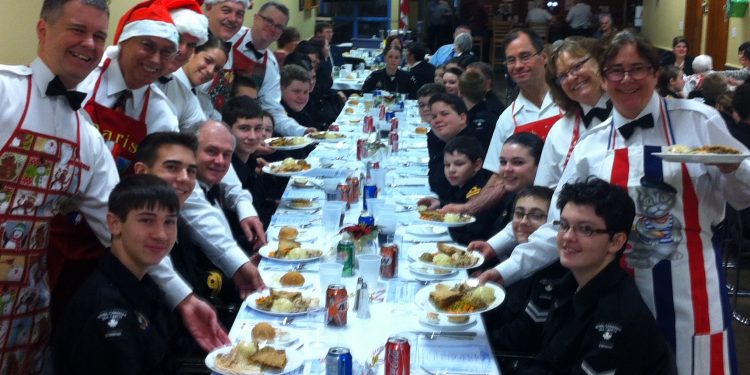 Upholding a tradition that dates back to Roman times and adopted as a proud tradition by the Royal Navy, it has been a much anticipated yearly event that is kept alive by all members of the Royal Canadian Navy.

As seen in the picture, Sailors from the lower deck are served a traditional Christmas Dinner by the officers. The youngest member of the ship changes place with the Commanding Officer becomes the honorary Commanding Officer for the day.

The Sea Cadets meet every Monday night at the Cornwall Amoury, between 6:30 and 9 pm. This program is open to anyone between the ages of 12 and 18, and there is no charge to join. All uniforms and training equipment are provided without any cost to the participants.