by Editorial Board
in News and Announcements, Sports
Reading Time: 3 mins read
52 1 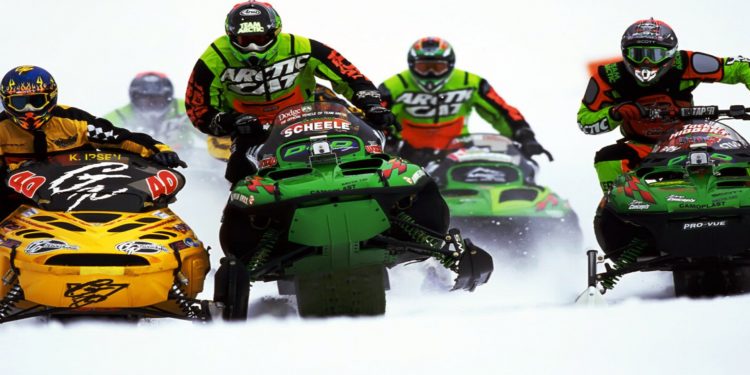 Cornwall, Ontario – For the first time ever, the Cornwall Speedway will host a Snowmobile racing event that promises to be fast, dangerous and exciting.

New owners Raymond and Jacques Lavergne who took over the Speedway last spring, are looking to bring in new attractions to the property.  As such, they signed up for the Pro Racing Circuit Tour, taking place January 30th, 31st and February 1st.  The Speedway will host a complete race with a complete race program scheduled each day.

Tour President George Samson  is happy to see Cornwall join the event.  “Every driver and every team is excited to travel to Cornwall for the first time”, Samson said at a press conference on Wednesday.

Brian Mulligan, who has been the Speedway announcer for over 50 years, will once again lend his voice to the thrilling event.  “The pits are all iced down.  The track is ready to race on.  We have 18 inches of ice” said Mulligan, who, like everyone at the track,  hopes to see this become a yearly event.

Snowmobiles will take center stage for the week-end, but fans will also be able to enjoy 2 Motorcycle divisions: the 2 wheelers and the 4 wheelers. “We have to keep these to a minimum because they cut a different groove in the track as opposed to snowmobiles,” Mulligan continued.

Races will feature some of the very best drivers and sleds in the world of oval racing.  Fan favourite, three time Canadian Champion and three time World Champion Jacques Villeneuve, who also happens to be Gilles Villeneuve’s brother (think Formula 1), will compete alongside veterans and new recruits, which there is no lack of.   Sabrina Blanchet, Steve Marquis, Cole McMichael and Jade Ouellette are all young racers under 20 that can compete with the best of them.

Marquis, who started to race in his mother’s belly, it seems, is the youngest driver to ever turn pro.  At 17, he now competes as a new recruit on pro champ.  “I remember taking him on ski-doo rides when he was as young as 8 months old,” said Nancy, his mom.  “I would grab one of Jean-Guy’s old ties (his dad) to strap Steve to myself, and away we went!”

Steve started competing at the age of three.  “Practice and endurance are the reasons I am where I am today,” Steve said. “I still have a lot to learn, not only on the track but with mechanics and such,” said the young man who aspires to one day beat Villeneuve.

“I give my 200%. I race to win. I think we all do. I’m not there to strum by and wave.” said Villeneuve, who’s phone rang mid sentence.  He answered, then quickly put the caller on hold before continuing. “If there is a guy ahead of me, I pass him. That’s it.”  Everyone laughs.

Sleds are worth around $25,000 and are powered by either a Polaris, Artctic Cat or Bombardier engine with 118-130 horse power which run on  fuel similar than aviation fuel.  They have a minimum weight requirement of 375lbs but can go as high as 400lbs.   The blades are extremely sharp and drivers need to be well protected.

“Safety and entertainment of the fans are our number one priority,” Mulligan proceeded.  “We focus on maintenance and sweep the ice every 4 or 5 laps, kind of like at a hockey game.   The only thing that will bring this race to a halt is sleet.  We also keep on top of additives, enforcing the rule and keeping the competition fair.”

The driver who will accumulate the most points over 3 days will get $1,000 and a trophy sponsored by our three main hotels, the Best Western,  Ramada Inn and Comfort Inn.

Admission is $20 for Friday, $20 for Saturday and $25 for Sunday. A week-end pass is available for $50 and all prices include pit access.  Fans will be able to get close to the machines and meet the drivers and their crew members.  A giant heated tent will be erected in the pits and will be fully licensed, offering food and drinks.  “We are confident this will be the best event in Canada.”

Friday Night celebrations will also include a Firework display.

Why are they all leaving Canada?