by Editorial Board
in News and Announcements
Reading Time: 42 mins read
5 0 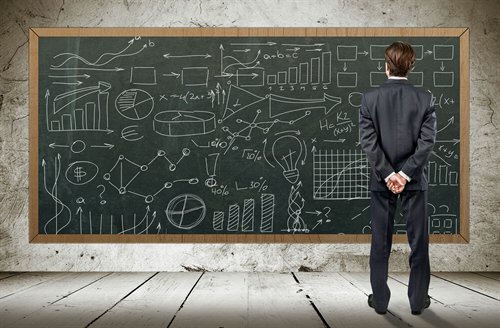 In a well-run Free Enterprise System, the bottom line of businesses – large and small – should show a profit.

There are, of course, many factors contributing to showing a successfully well-run enterprise. Given a fair chance at succeeding, small business entrepreneurs can actually make a country:  wholesome; the residents: healthy and capable of making money for essential necessities that provide a healthy, pleasant lifestyle.

With these basic points, let’s examine the conditions of the City of Cornwall. This winter piles of snow along downtown Pitt Street and adjacent business streets prevented potential customers from coming downtown to do business.  The parking meters were obvious.  However, there weren’t any clean parking spaces.  I witnessed a few determined customers who nearly toppled over the snow banks trying to get back to their parked cars.  This horrendous situation lasted ALL WINTER LONG, thus SERIOUSLY AFFECTING THE ENTREPRENEURS’ PROFITS!

Since municipal representatives and staff/employees acted freely to ignore this “heart-breaking” situation causing lost of important sales and profits, then Independent Researchers/Entrepreneurs are definitely free to solve the snow bank problems in the Cornwall downtown areas and which conditions have severely harmed the business owners’ bottom line.

Everyone is encouraged to participate and is free to design, and produce, special snow-clearing trucks which are capable of sucking in the snow inside a tank that is designed to instantly heat, melt and turn the tons of snow into water. From this water, an elaborate yet functional “electrolysis” machine takes in the snow water and converts it instantly into oxygen and hydrogen.

The hydrogen can then be used to fuel the trucks. In addition, the extra hydrogen can be stored instantly in a number of containers that can be deposited at some hydrogen drop-off points.

(Another alternative: the instantly heated watered-down snow can be directly dropped off at different locales – and some even used to form large skating rinks for WE THE PEOPLE OF ALL AGES.)

Back to hydrogen…I have met Dr. Roger Billings who succeeded to run very successfully a few cars that ran on hydrogen. As well, I have enjoyed driving in a hydrogen-powered truck and a car while attending a conference on alternative energy held in Arizona.  And NO!  We never lifted off like helium balloons!  Nor did we explode!

In South Florida, John I. Perry, with his team of Independent Researchers, using their PEM (proton exchange membrane) hydrogen fuel cells, have made many successfull advancements in the usage of hydrogen technology…and including the production of an ocean-surveying submarine using hydrogen.  All researchers are alive and well!

Yes, Independent Researchers can help alleviate the snow-piling problems and the sordid bottom lines of the many struggling small business entrepreneurs in the downtown areas of Cornwall….and other cities in Canada and all of North America. YOU CAN DO IT!

p.s.: With the HAARP project and other similar weather manipulations causing increasing amounts of  heavy snow storms, WE THE PEOPLE MUST NOT ALLOW OURSELVES TO GET “SNOWED UNDER!”

The following GOOGLE sites are to help the Independent Researchers who are going to improve the snow problems, as well as help Small Business Entrepreneurs to succeed: