Federal Election is October 19th 2015 – Who will the riding of SDSG vote as MP? 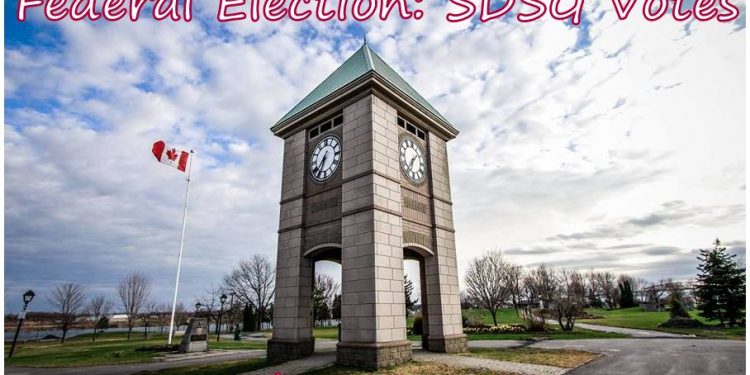 Cornwall Ontario — The Federal Election campaign is expected to officially begin today after Prime Minister Stephan Harper visits the Governor General at Rideau Hall this morning. This will be the longest election in recent Canadian History, and will benefit the Conservatives who have raised more money. Canadians are headed to the polls on October 19th 2015.

Who will you vote for in this riding?

Who would you like to see as Prime Minister of Canada?

What are the most important Federal issues in SDSG?