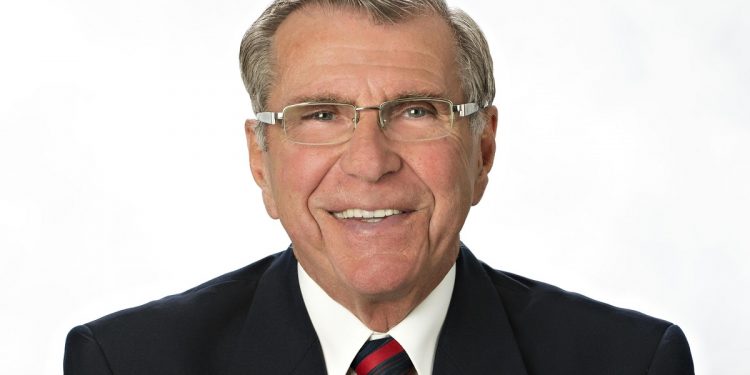 Article and Interview by Jason Setnyk

This is the third in a series of interviews with the candidates running in the October 19th Federal Election. The purpose of these interviews is to introduce you to the candidates and help you make an informed choice of who to elect as our Member of Parliament.

About Conservative candidate Guy Lauzon: He has served as the Member of Parliament for Stormont-Dundas-South Glengarry for the past 11 years. He currently serves as the National Conservative Caucus Chair.

He says he is a well-respected Member of Parliament for his dedicated work ethic and continued visibility throughout the various communities he represents. Guy says he is also known for delivering good customer service to constituents on their issues with the federal government and for ensuring that the local community receives their fair share of federal funding. During Guy’s time as our community’s voice in Ottawa, he says he has delivered major results by lowering taxes, supporting economic growth, and delivering significant infrastructure funding throughout the riding to projects like the Cornwall’s Benson Centre recreation complex, the new International Bridge crossing, the new local RCMP detachment, the South Stormont Municipal Offices, the Iroquois and Morrisburg Wastewater Treatment Plants, and tens of millions of dollars in local road improvements.

Guy also worked to deliver 218 Service Canada call centre jobs in the riding bringing millions of dollars in salaries annually into the area. Guy lives in St. Andrew’s West with his wife France, where he returns from Parliament Hill every night when the House of Commons is in session to attend local events and meet constituents at a grassroots level.

I have been honoured to serve as our community’s representative for the past 11 years. My staff and I work hard to provide great customer service on federal case files.

My proudest achievement was bringing 218 Service Canada jobs to Cornwall. That’s over $13 million in new salaries right in our community. It was a tough fight, but it was a highlight to be able to announce the jobs.

I am also really proud of the many projects we have been able to announce with federal support. The Benson Centre, the wastewater treatment plant, and most recently, the Marleau Avenue upgrades are really good examples of helping with key investments.

2 – What is the most important Federal issue affecting people here in the riding of SDSG? How will you party address this issue?

The economy continues to be the important issue for local residents, and I believe, nationally as well. Our government has been focused on job creation for many years and our targeted investments have made a difference.

We have supported organizations like the Eastern Ontario Training Board to offer programs for young female leaders, people with disabilities, and those who need additional training to get employed. Our government continues to offer more incentives in skilled trades as well, which is key for economic growth here locally.

Additionally, our low tax plan has supported thousands of businesses in our riding, and that has enabled them to grow, hire more employees, and boost the local economy as well.

3 – Why do you think Stephen Harper is the best choice for Prime Minister?

I have had the pleasure of working alongside Prime Minister Harper for over a decade. He’s a tough and decisive leader that has brought Canada through fragile global economic times. Other countries haven’t done as well because they haven’t made the tough, but necessary choices.

Whether it is taking a principled and bold stand on the world stage against Putin or ISIL, or leading our federal government to a balanced federal budget, Stephen Harper is the Prime Minister we need in a fragile world economy and for our country’s security.

4 – What are your thoughts on Federal leaders Thomas Mulcair and Justin Trudeau?

Justin Trudeau is just not ready. We can’t afford Thomas Mulcair and the NDP. Both leaders want to raise taxes, avoid confronting international terrorists, and destabilize our economy with risky schemes and tax hikes.

I am proud of our government’s record in balancing the budget as we promised and steering our country through tough global economic uncertainty. It hasn’t always been easy, but we have made tough choices and kept our promise of lowering taxes, supporting families and businesses, and making smart investments in our country’s future. Our government will build on that record. We have received a lot of positive feedback on our commitment to reintroduce a permanent Home Renovation Tax Credit, strongly opposing a Netflix tax, and support apprenticeships across Canada even more. Our plan will need our country through these tough times and create new jobs across Canada, and right here in Stormont-Dundas-South Glengarry.

Thank you for this interview Guy Lauzon and the best of luck on October 19th.