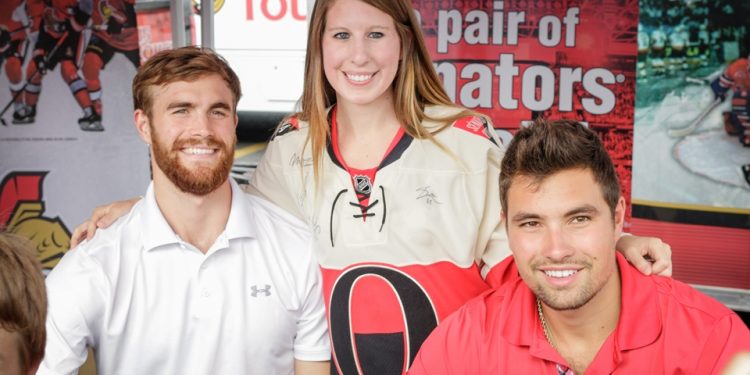 Hockey fans got wristbands earlier in the day for the chance to get autogrpahs and photos with Ottawa Senators players Cody Ceci and Matt O’Connor.

The Ottawa Senators mascot Spartacat was also at the event meeting and greeting and taking photos with fans.

Despite the warning of thunder showers and the gloomy sky, the rain held off for the entirety of the event.

Fans were all smiles today, bringing their favourite hockey jerseys, hats, and cards to get signed.

The next stop on the Ottawa Senators Hometwon Tour was the Canadian Tire in Casselman.