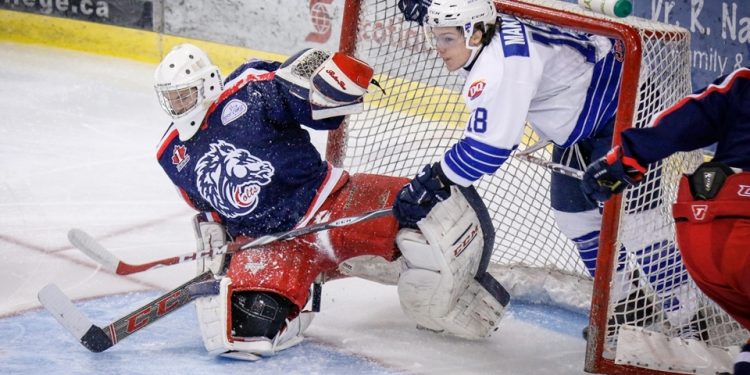 Cornwall Ontario — The Cornwall Colts came out on the wrong end of a 3-0 score against the Cumberland Grads in CCHL action Thursday night at the Ed Lumley Arena.

The Colts fired 44 shots towards Grads goalie Ryan Coughlin who recorded his first shutout of the season on a night the Colts honoured Big Brothers & Big Sisters of Cornwall & District.

The Colts look to exact revenge when they travel to the Navan Arena for the rematch against Cumberland this Sunday (game time is 3pm).