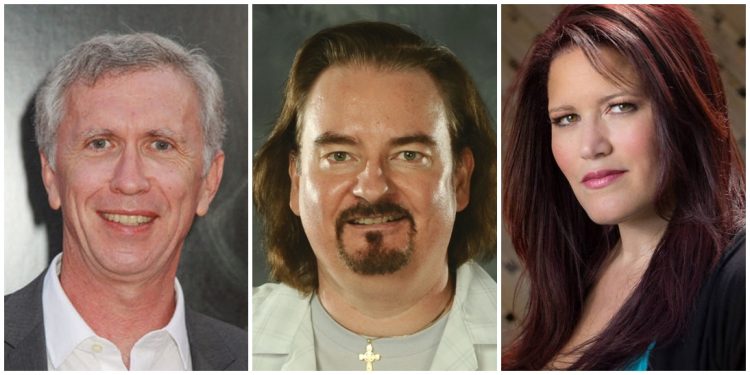 Cornwall Ontario — Actor Steve Coulter is scheduled to appear at the next Cornwall and Area Pop Event. The second annual CAPE takes place on April 23rd and April 24th 2016 at the Benson Centre.

Coulter recently appeared in Season 5 of AMC’s the Walking Dead. He played the character of Reg Monroe – a member of the Alexandria Safe-Zone, husband of Denna, and a Professor of Architecture who helped construct the fence around the community.

Coulter, who is a graduate of the North Carolina School of Arts, has an impressive resume both in films and on television.

He has appeared in many movies including The Hunger Games, Furious 7, Insidious: Chapter 2 and Chapter 3, the Conjuring, and in Anchorman 2.

Coulter has also appeared along side Robert Duvall in Billy Bob Thorton’s movie Jayne Mansfield’s Car, along side Denzel Washington in Flight, and in Angus MacLachlan’s film Goodbye To All That.

He has also had television roles on Prison Break, One Tree Hill, and Dawson’s Creek.

Coulter can also be seen regularly on the HBO series Banshee.

Later this year Steve Coulter is going to appear with Tom Cruise in Mena, with Mickey Rourke in Ashby, and with Michael Keaton in the Founder.

Steve Coulter will not be the only Walking Dead cast member at this years CAPE. Three zombie actors were announced a few weeks ago – Jeremy Ambler, Coleman Youmans, and Chris Harrelson.

Other celebrity guest include Brian O’Halloran who starred in Kevin Smith’s Clerks and in the sequel Clerks II as the character of Dante (famous for the catch phrase “I wasn’t even supposed to be here today”). He has also appeared in other Kevin Smith films such as Dogma, Chasing Amy, Mallrats, and Jay and Silent Bob Strick Back.

Star Trek and Buffy the Vampire actress Noelle Hannibal will also be beaming up to CAPE just in time to celebrate Star Trek’s 50th Anniversary.

Award winning comic book artist Dan Parent, best known for his work in Archie Comics, was announced as a guest at CAPE earlier this week.