Agree to Disagree: Letter to the American People

I needed to write this letter to the Amercian People

I am saddened to see the amount of friends I have, American AND Canadian, who actually think Trump has won the first debate earlier this week. The man can’t even put a sentence together! If you don’t believe me, read the transcripts! So much gibberish!

I can’t believe that you, the greatest nation on earth, are actually considering giving the job to what is arguably the highest office in the world, to a guy who makes fun of disabled people, who judges women on their look, who’s had affairs and committed adultery at least twice and who has made a career out of cheating the system. Didn’t you hear him Monday night? He takes advantages of loopholes to not pay taxes, at all… No money for veterans, schools, health care… He thinks that makes him smart? That makes him despicably selfish, not to mention a burden on the middle class.

He manipulates the law to infringe on other people’s constitutional right to be hired regardless of their skin colour. He hires people and decides to withhold payment if HE deems the job is not to his liking. And he boasts about it!

You really want a president who tap dances every time he’s asked a question? One who will discard you if you’re not a 10 or you’re “400 pounds sitting on your bed”? One who will cut taxes on the rich and leave you, the little guy, to fend for yourself? One who might create an international incident because he can’t apply a filter to his mouth, is too twitter happy and may insult every diplomat on the planet?

You like him because “what you see is what you get”? I am amazed at how easily the American People is bedazzled by the “celebrity status”, because let’s be frank here, your infatuation with him is largely due to the fact he was on TV. The man is a Reality Show CLOWN, people. Wake Up! He is a Buffoon, definitely NOT fit for office. Just because you saw him on the tube every week and feel like you know him doesn’t mean you do. He is a loose cannon, a thin-skinned disrespectful wannabe who thinks he is better than everyone else.

Guess what: The Oval Office is not Trump Tower and being President is not like being on The Apprentice. You can’t just yell “you’re fired!” when a country doesn’t do business the way you do. You can’t constantly claim the media is treating you unfairly when they criticize your job performance. You have to be able to gracefully take it. Trump can’t handle it.

He’s a poor little rich kid, born with a silver spoon in his mouth, who throws a tantrum when things don’t go his way. He owes his fortune to daddy. He bought his way through life and doesn’t understand the first thing about foreign policies. I wouldn’t trust him with the economy either! How can you say he is a successful business man when he’s had so many failed business ventures and won’t release his tax returns?

Listen, I know  a lot of things are wrong with Hillary and it’s sad that the system really is a 2 party establishment that doesn’t seriously give a chance to third-party runners, but come on! Get Real! Trump?

You need to dig and look at the facts. You say you won’t vote for Hillary because she lies too much? Most, if not all the lies at the debate came from Trump, not Clinton. He is one of the most well documented liars of all times.  (See http://www.politifact.com/personalities /donald-trump/) And really? Do you know any politician who doesn’t lie at all, even if they are white lies? Even if it is to get a favour from a colleague for something that ultimately is for the greater good? To quote a few good men, “You want the truth? You can’t handle the truth.”

I feel for you, the American people. I am thankful I’m not in your shoes but I also fear for everyone else. A Trump presidency would change the world as we know it. Remember. Hitler wasn’t Hitler until… He was.

If I was voting, I certainly wouldn’t vote for an egotistical narcissist misogynist racist sociopath who will take America back 100 years. I also wouldn’t waste my vote on a third-party candidate when I know it would ultimately just end up as a vote for The Donald.   I would vote blue and hope Hillary has learned from her mistakes–she did apologize, sincere or not– and trust that the blue machine behind her will keep working the way it has over the last 8 years.

I know many of you will disagree with me, (Hi to the woman who visited me this week ) but no need to insult me for what my views are. You can’t muzzle me… Yet!  You may be able to if Trump becomes president, but for now, I have a still right to my views. 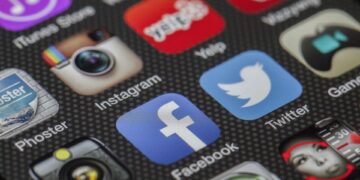