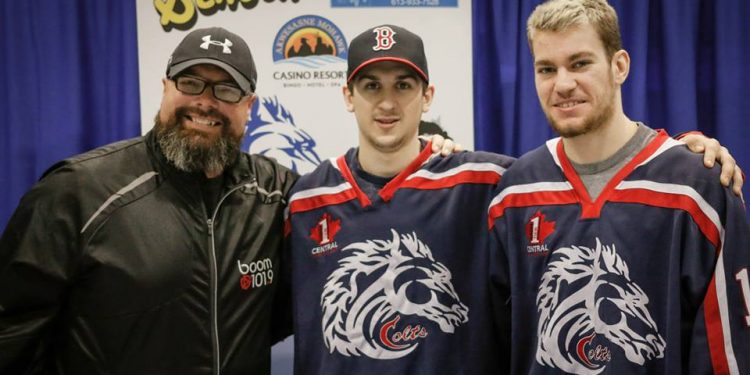 Cornwall Ontario – The Cornwall Colts and the Benson Group are once again teaming up to support the St. Vincent De Paul Society with a Celebrity Charity Hockey Game.

The 4th Annual Benson Colts Celebrity Charity Hockey game will take place on Sunday, December 11th at 3pm at the Benson Centre (Pad 1). Scotiabank Cornwall and Shoeless Joe’s are also community partners for this event. The celebrities are made up of local business and community leaders.  They will skate alongside the Colts to raise money and non perishable food items just in time for Christmas distribution.