The Book Nook: Review of The History of Bees by Maja Lunde 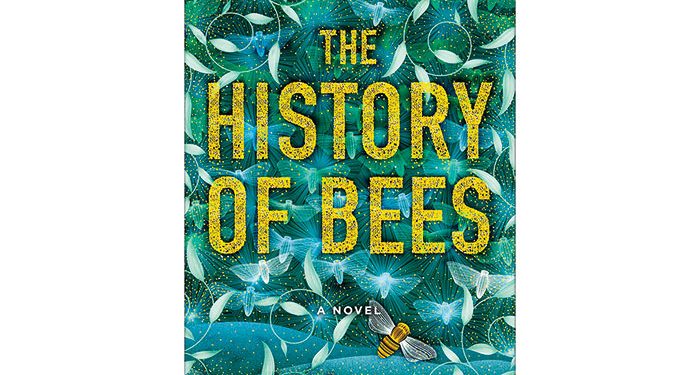 The smallest creature can often have the biggest impact, and the preservation of the human race is inextricably linked with that of bees. Wholesale abandonment of the hive by worker bees is a phenomenon that has been increasing exponentially in the last decade, named colony collapse disorder in 2006, and has resulted in the loss of millions of bees and countless crops that were not pollinated.

Norwegian author Maja Lunde uses colony collapse disorder as the backdrop for her internationally best-selling fiction novel, The History of Bees. The book comprises three separate narratives that begin to intertwine and affect each other the further you read. In 1851 England, William is a former science prodigy who was forced to abandon his research in order to run a seed shop to support his growing family. When we first meet him he has been immobilized by a deep depression, but his passion for life and science is reinvigorated by his idea to design a new bee hive. The old basket hives have an organic design like a nest, but William “wanted to create something else, a construction based on civilization, a small house for bees, with doors, openings, the possibility for inspection.”

In 2006 Ohio, George runs a bee farm where he struggles to make a living while persistently adhering to older, natural practices. Instead of buying prefabricated hives in bulk, he builds each by hand and paints them pastel shades, and he notes that “the sight of the colored hives scattered across the landscape, as if a giant had dropped his sweets, always gave me a warm feeling inside.” His hope for the future has always rested on his son Tom, but Tom’s proclivity for writing and the increasing threat of colony collapse disorder leaves the future uncertain.

Tao lives with her husband and son in District 242 in Sichuan, China. The year is 2098 and the bees have completely disappeared. Citizens are co-opted into working on the vast agriculture farms at age eight, painstakingly pollinating every flower by hand for twelve hours a day.

A bee dies when its wings are completely worn out, and Lunde notes that the “worn-out state of her wings, yes, her death in its entirety, is a clear sign that she has done what she was put on earth to do, accomplished an infinite amount, taking into consideration her tiny body.” Each of the main characters are, in their own way, trying to discover and achieve what they were meant to do. And in so doing, they contribute to the whole the way a worker bee does, ensuring our survival and offering limitless hope.

Agree to Disagree - Why I don't care to mourn Hugh Hefner