by Editorial Board
in Sports
Reading Time: 1 min read
35 2 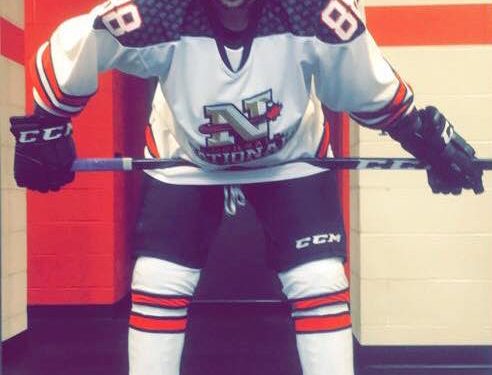 The prized off-season acquisition scored four times on Saturday night to lead the Nationals to an 8-0 victory over the visiting Watertown Wolves in Federal Hockey League pre-season play at the Civic Complex.

Mahfouz is the FHL’s all-time leading scorer and was named team captain during the off-season.

The speedy Maxime Guyon chipped in a goal and five assists for Cornwall on Saturday night. Sylvester Bzdyl, Yan Dumontier and Brandon Vuic also scored for the Nationals.

On Friday night at Watertown, Cornwall skated to a 5-0 victory over the Wolves. Connor MacLeod, Tom Tsicos, Martin Trudman, Brandon Gilmour and Daniel Maltin were the goal scorers.

The Nationals wrap up pre-season play next weekend with a home-and-home with Watertown. On Saturday night, Cornwall hosts Watertown at the Civic Complex. The puck drops at 7:30 p.m.