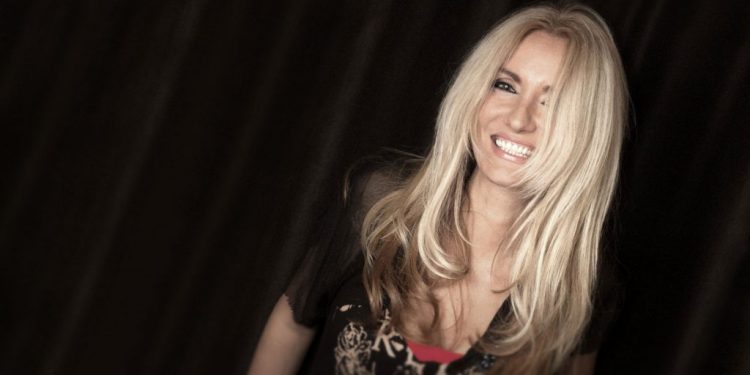 Arnprior, Ontario – Canadian rock singer Sass Jordan will be in concert at The John St. Pub in Arnprior on January 27th, 2018.

Sass Jordan recently celebrated the 25th anniversary of her breakthrough album Racine and revisited that album by re-recording and re-releasing the album in its entirety.

Instead of giving the songs a more contemporary digital sound, she wanted to give the revisited album a 1970s analogue tone instead.

“The main challenge is that we don’t have the same technology now that we had then, so we had to improvise somewhat in that department, but luckily, we were quite successful with it. I actually think all the songs are different from the original versions in that you cannot reproduce a moment in time, and the most powerful thing about music is the energy with which it is infused, which is always different every single time you play it, due to people, places and where you are in your life,” Sass Jordan explained.

Hit songs off the album Racine include “I Want to Believe”, “You Don’t Have to Remind Me” and “Goin’ Back Again”. However, the biggest hit song was “Make You a Believer”. According to Sass Jordan the meaning behind those lyrics have not changed whatsoever in 25 years.

“No, the meaning is the same. The song is about believing in yourself regardless of circumstances and listening to the voice of your own heart,” Sass Jordan reflected.

On this album, she collaborated with her husband (and The Guess Who lead singer) Derek Sharp.

“Derek Sharp is a brilliant musician, songwriter, performer and producer, which is why we work together. I always enjoy working with Derek because he’s so good at what he does,” Sass Jordan disclosed.

“Pretty much my fondest memory of any experience in my life is laughter – shared with others. I have had some hilarious moments at Juno events!,” Sass Jordan reminisced.

In addition to being an award winning musician, Sass Jordan’s music has also appeared in movie soundtracks. She did a duet with the legendary Joe Cocker for the soundtrack of the movie The Bodyguard.

“It was an amazing experience, as I learned a great deal from singing with Joe Cocker. His style and phrasing were huge influences on me,” Sass Jordan recalled.

“I discovered that a television show is about TV, not music. You have to do what is right for the show. I wasn’t in the least disappointed as the show lasted exactly as long as it was projected to last, and it ended at the perfect moment. We had a great time doing it, and it lasted for 6 seasons, which is a long time!,” Sass Jordan disclosed.

What can fans expect at a Sass Jordan concert?

“I am doing 2 types of shows right now. One of them is semi-acoustic, called the Racine Revisited Storyteller show, and that is the entire album interspersed with stories about the songs and the creation of them, as well as my life at that time, in 1991/92, along with a couple of my favorite songs by other people. The other show I do is a rock show featuring songs from my catalogue,” Sass Jordan replied.

For her gig in Arnprior she’ll be playing her semi-acoustic storytelling set.

“I can’t wait to see you! We’re gonna have fun in Arnprior!,” Sass Jordan concluded.