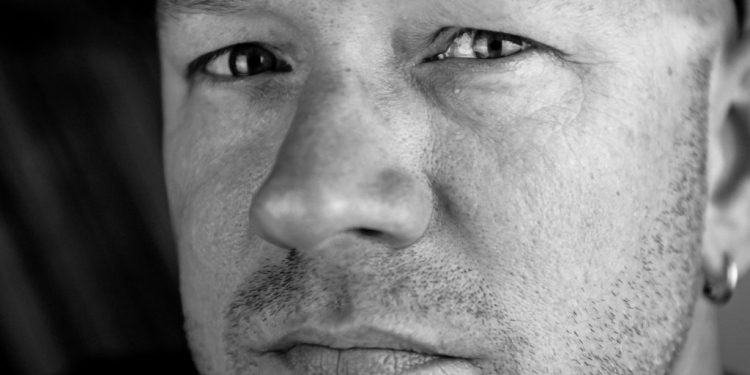 San Francisco, California – Darius Koski is best known as the guitarist and songwriter of the legendary punk band Swingin’ Utters. He is also a solo musician and has released a new album titled “What Was Once Is By And Gone” on Fat Wreck Chords.

The new record features an eclectic mix of songs including the albums’s eighth track “Soap Opera”.

“Soap Opera is basically a song meant for some melodrama playing in my head. It’s one of my attempts at movie score type or writing. I’m just glad I pulled it off, and it pretty much came out the way I’d envisioned it, so just that little success makes it my favorite – for today at least,” Darius Koski stated.

Growing up, Darius Koski played the violin since the age of 5, and he got his first guitar when he was 15.

“I’d played violin since I was 5, and finally wanted to learn guitar, since I listened to just about everything but the classical music I was playing for my whole life up to that point. My dad bought me a guitar from a downtown Santa Cruz shop when I was 15 or so. It was a pretty awful, black Yamaha strat style guitar. I still have it,” Darius Koski reminisced.

During the upcoming Swingin’ Utters tour Darius Koski will be doing double shifts opening for his own band.

“I want to go out as much as I can on this record, and figured this would be an easy way to do it, an opportunity also to play with a band, as opposed to solo acoustic. If it was up to me, I’d have a band whenever I played, but I’m not sure I’ll be able to do that many tours with a band, as I probably won’t be able to afford that. So this affords me that opportunity, since I’m using Utters bandmates. It’s easy,” Darius Koski explained.

However, Darius Koski’s solo material is not punk rock. His music has a lot to offer fans, but it doesn’t remotely sound like the Swingin’ Utters.

“It’s not punk rock, for one thing. Some of it isn’t even really rock n roll. I think it’s much more influenced by 60’s music like the Beatles and the Kinks and Love, and folk and country guys like Dylan, Roger Miller, Johnny Cash, etc. I listen to a lot of songwriters, like Elvis Costello, Elliott Smith—people like that. I just want to write good songs, and here’s another attempt. I think the main difference, really, is that it doesn’t have anything to do with punk rock, stylistically. I think it goes a little deeper than that, and is allowed to be much more diverse because of it,” Darius Koski said.

Darius Koski’s band mates in the Swingin’ Utters are very supportive of this musical endeavor.

“I think Johnny likes it. Luke and Tony (who are playing with me) like it a lot, and we’re having fun playing every night. I don’t know, I mean we don’t sit around talking about my new album,” Darius Koski disclosed.

“We’ve already got a handful of songs, just need to rehearse and book some studio time, which I’m hoping will be in the next few months. Nothing in the works for touring Canada, but I’d guess we’ll be back sometime later next year,” Darius Koski concluded.

Fans can order the new album on the Far Wreck Chords online store.