The Book Nook: Review of A Christmas Carol by Charles Dickens 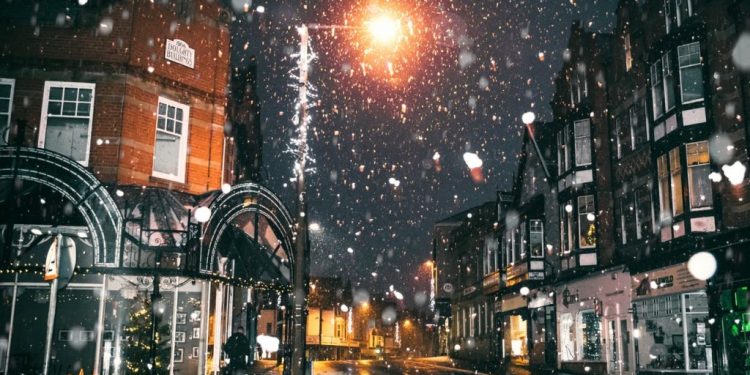 A beautifully decorated tree, a bountiful Christmas day meal, and a festive generosity of spirit are the hallmarks of the holiday season. But you might not know that these traditions of Christmas were largely influenced by Charles Dickens when he published A Christmas Carol in 1843.

This classic Christmas tale of Ebenezer Scrooge and his transformation into a kind and charitable gentleman has been well-known and beloved since its initial publication. The story opens on Christmas Eve, when the greedy and miserly Scrooge is visited by the ghosts of Christmas Past, Present, and Yet to Come. These ghosts bring Scrooge on a winding journey where he sees visions of Marley (his dead business partner who is fettered in his chains of greed in the afterlife), Bob Cratchit (his clerk whom he underpays), Tiny Tim (Cratchit’s sick son who will die unless Scrooge changes his ways), and the terrifying spectres of Want and Ignorance. Throughout this journey, Scrooge realizes the error of his ways and the repercussions to others of his avarice and meanness, vowing that he “will honour Christmas in my heart, and try to keep it all the year.” He subsequently “became as good a friend, as good a master, and as good a man, as the good old city knew, or any other good old city, town, or borough, in the good old world.”

Dickens began writing this novel in October 1843 and it was on bookshelves by December 19th, selling out by Christmas Eve. He was inspired to write the book by the poverty and injustice of the lower classes in England, particularly the devastating plight of poor children who were starving, illiterate, and forced to work in appalling conditions. At the age of 11, Dickens himself was forced to work 12 hour days at a Blacking Warehouse when his father was sent to debtor’s prison. Dickens decided that the best way to educate the public about this problem and encourage donations and help for the poor was to write a deeply felt Christmas narrative that would promote these positive emotions. Ever since, the holiday season has been associated with generosity, kindness, and helping others.

The recently released movie The Man Who Invented Christmas is an excellent retelling of how Dickens wrote this timeless story, and the original novel is also well worth reading – the version illustrated by P.J. Lynch is particularly well done and available at the Cornwall Public Library.

A very Merry Christmas to all of our Seeker readers, and as Tiny Tim says, “God bless us, every one!”