The Book Nook: Review of Origin by Dan Brown 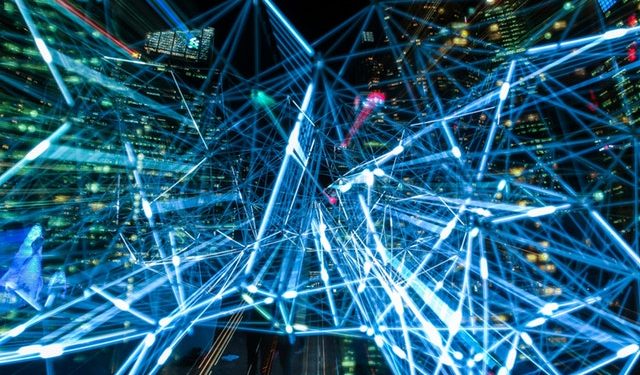 Where do we come from? Where are we going? These two timeless questions are at the heart of the human experience and Dan Brown’s latest novel, Origin. This science-fiction mystery thriller, from the best-selling author that brought us The Da Vinci Code and Inferno, draws on current trends and hot topics such as “fake-news,” artificial intelligence, the over-abundance of technology in our lives, and the demise of religion in the wake of this scientific and technological revolution.

The novel opens with Edmond Kirsch, an Elon Musk-type billionaire technological savant who specializes in computer modeling and game theory – a branch of mathematics that studies patterns in order to make predictions about the future. With the help of a supercomputer and artificial intelligence, he claims to have answered the universal mysteries of human creation and human destiny: Where do we come from? Where are we going? His bombshell revelations will undermine the world’s religions and the ability of human beings to continue to exist autonomously into the future.

Kirsch chooses the ultra-modern Guggenheim Museum of Modern Art in Bilbao, Spain, to unveil his discoveries. Present is his friend and Harvard professor of symbology and religious iconography, Robert Langdon (this is Brown’s fifth novel featuring his well-known protagonist). Just as Kirsch takes the podium the museum erupts into chaos, and Langdon and museum director Ambra Vidal must race to prevent Kirsch’s discovery from being lost forever.

This fast-paced thriller will keep you hooked until the final pages and ultimate reveal. You’ll travel with Langdon through real-world architectural masterpieces, European royal palaces, and hidden monasteries. Brown weaves together a fascinating narrative that incorporates everything from naturalistic modern artists like Antoni Gaudí to romantic-era poets like William Blake, and the philosophy of Nietzsche to evolutionary theory and beyond. The undercurrent is our pervasive technology, its value and its potential dangers. As with the previous Langdon novels, Brown utilizes our current cultural environment as the backdrop to an exciting thrill-ride that will entertain, inform, and leave you guessing until the final moments.

Origin (released October 3rd, 2017) is available at The Cornwall Public Library, Coles bookstore in the Cornwall Square, and online.