by Editorial Board
in News and Announcements, Sports
Reading Time: 1 min read
32 2 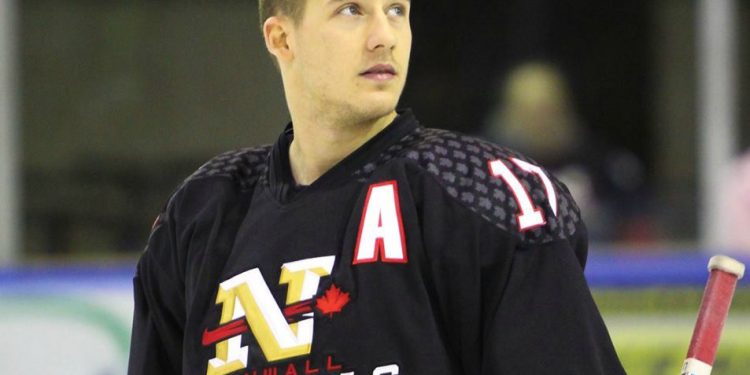 WINSTON-SALEM, NC – The first-place Cornwall Nationals added not one but two victories to their first-place Federal Hockey League record on Saturday.

Cornwall edged the Carolina Thunderbirds 6-5 in the continuation of a game that began on Friday night in Winston-Salem, NC. The game was postponed due to unsafe ice conditions and resumed on Saturday at noon.

Justin Portillo’s powerplay goal at 10:50 of the third period was the difference for the Nationals.

Tom Tsicos scored twice for Cornwall, while Ahmed Mahfouz had a goal and two assists. Daniel Martin and Maxime Guyon also scored for the Nationals, while Eric Witzel and Cam Bakker chipped in a pair of assists each.

Carolina outshot Cornwall 41-35. Sebastien Dube-Rochon earned the victory in goal for the Nationals.

The two teams went right back at it several hours later (6 p.m. start) as Cornwall skated to a 4-1 victory. Martin Trudman opened the scoring for the Nationals before the speedy Guyon took over with a hat trick.

Witzel had three assists for Cornwall, while defenceman Ondrej Misovic added two helpers.  Dube-Rochon was solid in goal once again, earning another win with a 30-save performance.

The Nationals (12-3-0-2) and Thunderbirds faceoff this evening at 8:35 p.m. to wrap-up a busy weekend in North Carolina.

Cornwall is back on home ice Sunday, Jan. 7 when the North Shore Knights visit the Civic Complex. The puck drops at 7:30 p.m.