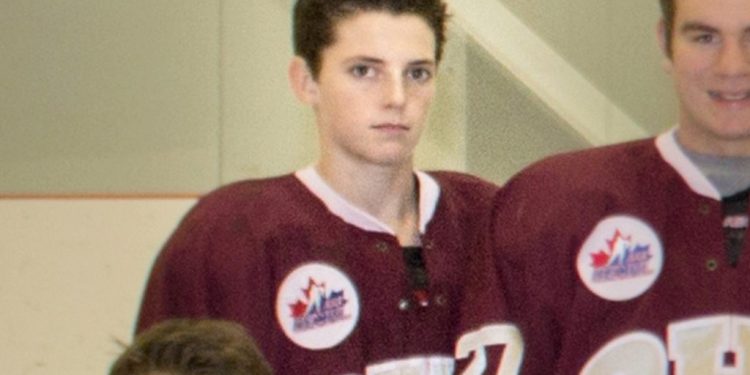 Cornwall Ontario – Former Ontario Hockey Academy student athlete Drake Batherson, who was drafted by the Ottawa Senators in 2017, has won gold with Team Canada at the 2018 World Juniors Championship on Friday night in Buffalo, New York.

Canada and Sweden were tied 1-1 late in the third period of the final. With less than two minutes left in the game, Drake Batherson helped set up Tyler Steenbergen’s game winning goal. Team Canada would add an empty netter to win 3-1 and take home the gold.

The 19 year old Nova Scotian was the leading goal scorer in the Quebec Major Junior Hockey League prior to the World Juniors, and he lead Team Canada in the tournament with 7 goals including a hat trick in the semifinal game against the Czech Republic on Thursday.

Since that performance he has been making headlines in publications like CBC, Sportsnet, NHL.com, Ottawa Sun, and National Post.

“Drake Batherson wasn’t a household name before this tournament started. But with a tournament-leading seven goals in six games — including a hat trick in Thursday’s 7-2 semifinal win against the Czech Republic — that’s about to change” – National Post.

Drake Batherson got the call up to play Jr. A with the Valley Wildcats, and he got the call up again in 2015-2016 to play with the Cape Breton Screaming Eagles of the QMJHL. In 2016-2017 he was the QMJHL rookie leader in goals, assists, and points. NHL scouts took notice.

In 2017, Drake Batherson became the first Ontario Hockey Academy alumni to get drafted to the NHL. He was drafted by the Ottawa Senators in the 4th round, and 121st overall. He is also the second OHA alumni to earn an entry level NHL contract, and the fourth to play at an NHL all-rookie camp. Drake Batherson is also the first OHA alumni to play for Team Canada at the World Juniors, the first to lead Team Canada in goal scoring at the World Juniors, and the first to win a gold medal at the WJC.