by Editorial Board
in News and Announcements
Reading Time: 2 mins read
29 0 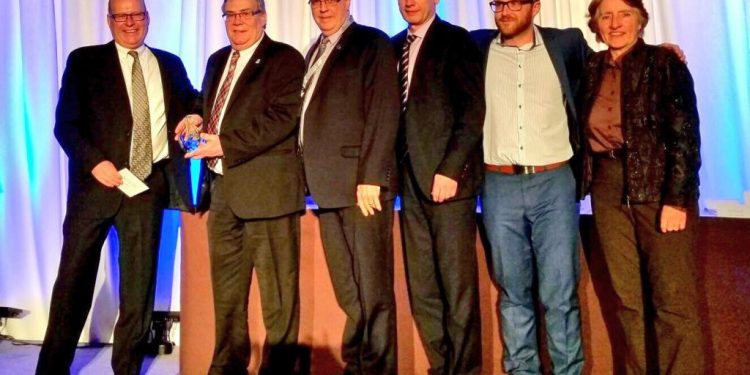 The EOLC was honoured with the Collaboration & Partnership Award in the category of “Regional and Cross-Border Collaboration” representing populations of 250,000 and greater. For an organization whose work began less than three years ago, this is an important recognition that the EOLC’s collaborative regional model is a progressive step forward in the field of economic development.

“The Eastern Ontario Leadership Council is a unique organization in Ontario, founded on the principle of promoting regional economic development in collaboration with the many municipalities and stakeholders across our entire region. Our territory includes more than 110 municipalities, which together represent about 1.2 million residents,” stated EOLC Co-Chair Leslie O’Shaughnessy, Mayor of the City of Cornwall.

“We are extremely proud of the work being done at a regional level, which has recently attracted the attention of the provincial Ministry of Economic Development and Growth. In the near future, Eastern Ontario’s inclusive and collaborative model for economic development could become a model for other regions,” added Co-Chair John Fenik, Warden of the County of Lanark. “The EOLC is extremely eager to continue its work, for the benefit of our region and for economic development everywhere.”

The Book Nook: Review of Before You Know It by John Bargh