by Editorial Board
in Sports, You May Also Like
Reading Time: 3min read
26 1 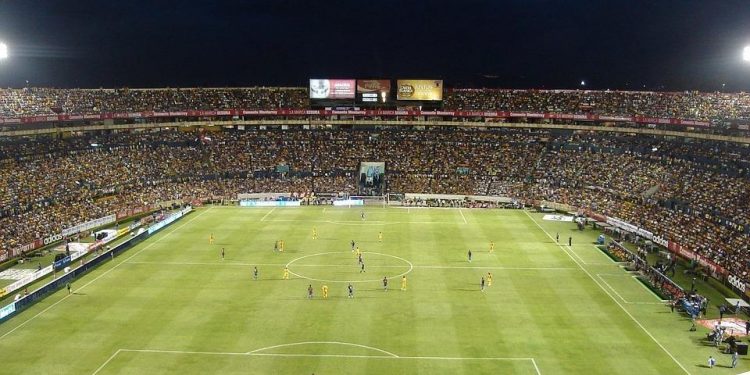 Brazil, the big guns of the FIFA World Cup 2018 arrived in Russia early on Monday, June 11, ahead of the tournament’s opening game 3 days later. On the other hand, Australia, the brash underdogs sent out a warning to the Euro 2016 finalists France to be prepared for an early shock in the popular tournament!

Football or soccer (as it is popularly known as in US and Canada) attracts a great deal of betting activity in every part of the world – all the more so during the World Cup. Royal Panda’s excellent sports-betting section is a particularly great all-in-one portal for every kind of sports betting imaginable, as well as a fully functional online casino if you wish to try out a game of poker or a few spins on one of their virtual slot machines. With the World Cup in full swing, though, the main attraction is undoubtedly their football betting and with their simple, attractive design; multiple payment options, 24/7 online support, registration bonuses and tight security, it’s  the perfect way to take the excitement of the World Cup to all new, hopefully financially rewarding levels.

4 Tips for Keeping a Healthy Home

As the Thursday’s curtain raiser comes close, featuring Saudi Arabia and hosts Russia, the Argentine and French football players had full-time practice, while Brazil took a day off.

Germany, the defending world champions are hoping to equal Brazil’s record of winning 5 world cups. They arrived in Russia on Tuesday, along with a youthful England side coached by Gareth Southgate.

Brazil, and their star player Neymar checked into the Sochi’s Black Sea resort during the early hours of the morning, in a buoyant mood, after having hammered Austria 3-0 on Sunday, in their last warmup international friendly before the start of the tournament.

Neymar had broken his foot bone in February this year. He returned to active football after a break of around 3 months, and scored in Brazil’s easy victory over Austria in Vienna, on Sunday. With that goal, he drew level with Romario, in the list of all-time leading goalscorers for Brazil, only behind Ronaldo and Pele.

Tournament kicks-off against a backdrop of international tensions

It should be noted that Russia wasn’t the first choice when it was awarded the FIFA World Cup 2018 hosting rights in a closely followed vote in 2010, which has now been tainted by bribery accusations. In addition, the 2018 edition of the tournament happens against a backdrop of many international tensions.

The Western countries and Russia are engaged in a big tit-for-tat expulsions game at the diplomatic level, ever since London accused Russia of poisoning Sergei Skripal in UK in March. Everyone’s getting in the World Cup mood!

However, as the countdown to the tournament’s opening game in 80,000 capacity Luzhniki Stadium in Moscow comes to a close, everyone all over the world seems to be getting into the World Cup mode! Here are 10 facts to get you in just the right World Cup mood!

As many as 3500 fans attended Australia’s training session in Kazan. One could hear them chanting, ‘Australia’ and ‘Aussie, Aussie, Aussie, go, go, go’ loudly, many times. Australian goalkeeper Matt Ryan has sent out a warning to France that they are much improved side capable of causing a shock defeat when both sides play each other in Kazan on Saturday.

Talking to the press, he said, “Come the France game, we’re going to be ready… and giving ourselves opportunities to win this game. We can’t wait for Saturday.”

City encouraging caution in area of Ninth and McConnell