by Editorial Board
in News and Announcements
Reading Time: 2 mins read
39 3 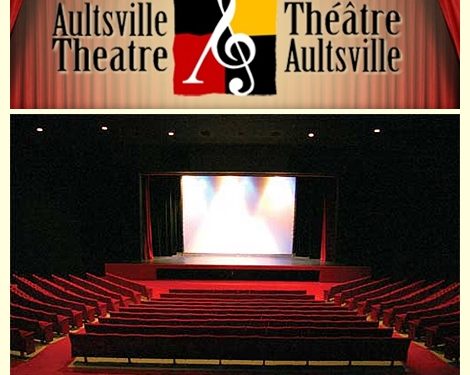 Aultsville Theatre will get welcomed upgrades with the $64,000 grant they received.

Corwnall, Ontario – Local Pink Floyd fans are in for a treat this fall as PIGS: Canada’s Pink Floyd brings their acclaimed live show across Canada to perform some of the most amazing music ever created. Currently Canada’s only national touring Pink Floyd tribute, the Outside / In Canadian Tour 2018 will take PIGS from Nanaimo, BC to Sydney, NS and back. Celebrate the 45th anniversary of The Dark Side of the Moon with PIGS, as they recreate the live Pink Floyd experience, bringing the majestic music and legendary concert experience to fans and new audiences alike.

PIGS are well known throughout Canada for their authentic rendition of classic Pink Floyd songs both new and old—this year the band will be performing many great tunes from albums as early as Atom Heart Mother to later classics from The Division Bell. As a special 45th anniversary treat, PIGS will also be performing THE DARK SIDE OF THE MOON in its entirety at every show. Come and hear Pink Floyd’s epic masterpiece played in full, with lasers and a giant Mr Screen, flawlessly played with authentic instrumentation for the most incredible live sound. After years of playing songs from
throughout Pink Floyd’s vast catalogue, PIGS are excited to dig deep into the crucial years of 1970-1975 on this tour to really explore the history around some of the greatest music ever set to tape.
Formed in 2008 in Victoria, British Columbia, PIGS: Canada’s Pink Floyd Tribute honour Pink Floyd’s music like no other band. They have spent over ten years meticulously recreating the live sound and concert experience of 70s era Pink Floyd and have perfected their craft in front of sold out audiences throughout Canada.

Using authentic instruments and equipment, the band recreates the sound and live concert experience of Pink Floyd in their heyday. Pink Floyd’s live show was always a huge part of their appeal—and PIGS have been working to keep that experience alive for generations to come. They have the voices, the mannerisms, the authentic gear, the lights, lasers, visuals, and the sound.

PIGS shows truly are a labour of love. Over a dozen different guitars and basses are used each night, songs are carefully performed combining aspects from both studio and original live versions, and the correct equipment is used when possible down to the proper cables and guitar strings. Set-lists are developed to contain the biggest hits and the most interesting rarities; PIGS do everything they can to keep their shows fresh, dynamic, authentic, and exciting for their fans.

One of Canada’s premiere visual artists, VJ Photon (Erik Nortman) has been working with PIGS since 2009, collaborating with the band to combine their own material with original footage from Pink Floyd’s Mr Screen, closely imitating the classic look from the seventies with state of the art visuals and lasers.
PIGS’ Outside / In Tour brings fans an incredible night with almost 3 full hours of flawlessly played music, authentic sound, state of the art lasers and visuals to bring you as close to the legendary Pink Floyd concert experience as possible. Come see why PIGS is considered the one of the finest Pink Floyd tributes anywhere.