by Lisa Gray
in Columns, Locals in the Loupe, News and Announcements
4 min read
9 0
0 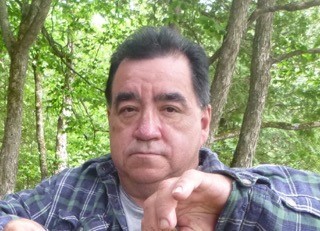 “This story revolves around the marigold, or ‘Mary’s Gold’ as referred to in the bible. A natural pest control, this simple flower requires little attention to any garden it protects, with the most spectacular colors of warmth and vibrancy.”
enjoy!

It is said, that the marigold symbolizes the suns beauty and positive energy. Representing both passion and creativity, the unassuming marigold, vividly brings forth a seamless energy to those it touches.

Like the marigold, Sal Taylor blessed this world with his colorful life in October of 1956, in the Anishinaabe, Ojibway Community, of Curve Lake, Ontario.

Sal’s mother Zelda was an award winning cook and gardener. She loved to visit with her family, sharing laughter and memories. A kind and generous person, Zelda never held a grudge and taught Sal to have a forgiving heart.

Sal’s grandmother Gladys was a celebrated elder in her community. She worked as a cook for many years, at the Beachwood Lodge Resort, in the Kawarthas. In later years, Gladys became a Lay Minister, and co-wrote Bridges in Spirituality, a book about First Nations Christian women, telling their stories.

As a young man, Sal had many passions. A self taught artist, Sal dabbled in acrylics and watercolors. He played baseball on the weekends and had a pretty good singing voice. His friends, Ken, Willard & Leland Jacobs are as close to brothers as Sal has ever known, and are so ingrained within the seams of his life, as to be evergreen. In the 80’s, Ken purchased an income property, renting to friends who were tradesmen. In the five years that Sal lived at 737 Eastdale Court, he made countless memories, with mechanics, carpenters, butchers and transport drivers. All were ball players.

When he was 21, Sal was encouraged to apply for the Cooks’ position at The Red Oak Inn, in Peterborough, Ontario. Working to attend Chefs College in Toronto, and the Cordon Bleu Culinary Arts Institute in Ottawa, Sal fell in love with cooking. Over a 14 year span of cross-country job opportunities, Sal received degrees as a Chef, a Cook & a Baker.

In 1988, Sal traveled to Calgary, Alberta, hoping to join the kitchen crew during the Winter Olympics. Despite the desired job falling through, Sal’s trip to the Olympic Village was one of the best experiences of his life.

If serving three square meals a day to 1.8 million people at the Games seems insurmountable, imagine the fact that someone of Sal’s caliber was one of the best Chefs in the world. In the way a story lights up a room, Sal’s retelling of that time, is worth a revisit – just as gardens glow and bloom in summer – the sun alone, alights a face.

Working in seven major hotel chains across the country, Sal’s kitchen crew, won top awards for five consecutive years, in the Anne Hardy book, Where to Eat in Ontario. Although Sal’s specialty was soups and sauces, bringing friends & family to the table, has been a calling.

In 2010, Sal moved to eastern Ontario, to be closer to his daughter and grandchildren. In this new town along the water, Sal applied for the Chefs position at a long term care home. Although a different setting – Sal relished the challenge of cooking for his elders – the elderly. Bringing 43 years of honesty and humor to the Palliative setting, Sal has won the respect of his peers in this community. His love of golf and healthy living, has added years and new experience to his life.

In every setting, Sal has sought a place to worship in every town he’s lived. Taking from his grandmother Gladys, Sal became a Eucharistic Minister, creating room for his faith in every corner of life.

Although Sal follows his own spiritualism, it isn’t hard to feel the vibration coming through his elders. There is a warmth and kindness about Sal – a good energy that sometimes, we’re not meant to understand.

Why do we meet certain people, except to sustain and mentor each other? Whether following the moon for planting, or around the table enjoying a feast, the seeds are planted. Their colors range brightly across the field. In another story, another time and another place, the Jacobs brothers and many old friends, have kept Sal to the straight and narrow throughout his life.

And like the marigold edging a garden, Sal thanks his friends for all of the good times they’ve shared. Having no regrets; with his own life being the message, Sal helps somebody, every chance he gets. For belonging is at the center of all life and love, and what is life, but passion for kindness and friendship?

Title from “My Wish” by Rascall Flatts

Lisa is a member of the Cornwall Writer Society, a group that meets at the Cornwall Public Library on the 3rd Monday of each month from 6:15 to 8:15 pm. For more information about this or any program at the library, please call 613-932-4796. To reach Lisa, email verlegrace4062@gmail.com.