How Can Your Business Benefit From SRED Refunds?

by Editorial Board
in You May Also Like
Reading Time: 10 mins read
31 0 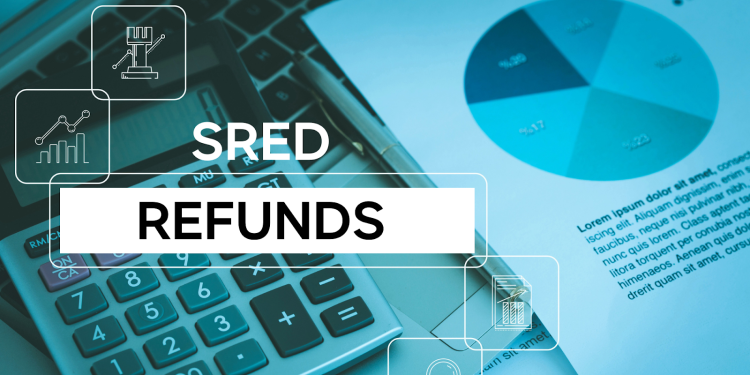 As a fresh, unseasoned entrepreneur, you thought it would be easy managing a business on your own. You were the boss. You called the shots. You were carefree and doubtless–for a short glimpse of time.

When the bills came pouring in, you had no idea where half of the incurred costs came from! You are constantly stressed, having to solve one problem after another. You are tired and weary from all the numbers and figures you had to read, especially from the ones you had to sit through from research and development work.

It came as a shock to you that you are able to gain SRED refunds. It was like a beacon calling to you–a form of help that could save you from being buried in heaps of costs and expenditures. The investment tax credits were able to save you from the hole you dug yourself into.

As a new day dawned, you returned as your carefree and doubtless self. You were content and happy, reaping the benefits of SRED refunds.

In the world of business, a business must seek more ways to gain continuous substantial benefits, profit, and gain. Business owners do not have to rely on a single source of income–they can gain from other ways and sources. One of these ways is through Scientific Research and Experimental Development, or SRED.

Modern-day businesses and companies utilize scientific research and experimental development in order to boost their advancement. It is an advantage over other competing businesses with certain benefits and privileges for business owners.

Investment tax credits program, or SRED refunds, is one of the benefits that you can exploit. It is a deduction allowing businesses to subtract an investment percentage from incurred costs. Other benefits include financial support, incentives, and funding.

In this article, you will learn more about the benefits offered by scientific research and experimental development (SRED). A further explanation will be discussed on certain topics, such as SRED program benefits, SRED tax incentives, and many more. Let’s start, shall we?

Scientific Research and Experimental Development, otherwise known as SRED, is a systematic approach that uses methods like experimentation and analysis in the advancement of science. However, it is not only limited to that.

For many aspiring individuals, partnerships, and private corporations, SRED is a tax incentive program.

In Canada, the tax incentive program is the greatest and single source of federal government support. It is specifically intended to stimulate research and development among entrepreneurs, business owners, and large corporations.

According to SR&ED Education and Resources, the SRED program has provided over $3 billion in tax incentives to more than 20,000 claimants every year. Out of the 20,000 claimants, approximately 75% are composed of small businesses.

The SRED program has two main objectives in mind–to distribute tax incentives consistently and efficiently as much as possible and to stimulate businesses in preparing their claims. It is important to note that the claims must be in line with specific tax laws, policies, and procedures.

What are the Benefits of the SRED program?

You may wonder, what are the benefits of the SRED program? Does my business really need it? Over the years, there have been thousands of businesses and companies that were able to benefit from the incentives provided by the SRED program. You can read along to find out.

The SRED program is designed to provide financial support and incentives to the companies that need it. It helps by largely funding the company’s scientific and technological advances, which is something that separates the company and makes it competitive. Without proper funding, the business falls short and gets overtaken by its competition.

Another benefit gained through the SRED program is its help in a company’s prospects in securing future SRED projects. It allows a company to reduce its tax liability by deducting SRED expenses in the present or following years. Moreover, it makes a company eligible to acquire refundable investment tax credit and a deduction of taxes payable.

To some, the SRED program can be easily overlooked and never to be dwelled upon. However, the aforementioned benefits and incentives show that they can very well improve the standing of your business. The SRED program plays a significant role in reducing a company’s expenditure and increasing its funding.

What are SRED Tax Incentives?

On the other hand, an investment tax credit is a tax incentive deduction allowed by law that enables businesses to deduct an investment percentage from their costs. This tax incentive can be used on income taxes payable in the previous, current, or future year.

Now, let’s discuss what these are.

Basic research, also known as fundamental research, is defined as research to be undertaken in the attainment and advancement of scientific knowledge. It is research without a definite application in its aim or objectives.

Unlike basic research, applied research is a research to be undertaken with a specified application in its aim or objectives. In this type of research, a researcher must identify a problem, come up with a hypothesis, and test the said hypothesis through an experiment.

Experimental development is work to be undertaken with a purpose. Its goal is to accomplish developments in the technological field, as well as improvements made on new and existing devices, materials, and products.

How Can Your Business Benefit From SRED Refunds?

You might be surprised that the scientific research and development (SRED) program offers refunds to businesses and companies. It is a benefit that many businesses would wish to have as it reduces the number of their total expenditures. The refund is also known as an investment tax credit or an ITC.

Claimants may earn their SRED tax credits because of the following:

Despite these positive factors, there are other factors that exist which cannot be claimed by the claimant. The following is a list of exempted SRED tax credit:

Knowing these factors is one of many essential steps in claiming the investment tax credit. As responsible taxpayers or claimants, you must know how to apply for your earned SRED tax credits. This can be done through a 3-year carryback or a 20-year carryforward.

Which Expenditures Can Be Qualified For SRED Refunds?

Refunds gained from scientific research and experimental development (SRED) have a limit on what can be considered qualified or allowable expenditures. These expenditures are as follows:

A contract is considered an expenditure when a claimant reimburses a contractor to perform scientific research and experimental development on their behalf. It is important to note that only the acquired cost of the SRED contract can be taken.

According to the Canada Revenue Agency, CRA’s interpretation of the term materials for SR&ED is all the raw materials, substances, or other items that compose the body of a thing at a given moment in the SR&ED process.

A third-party payment is a payment incurred by a claimant to an organization or institution needed for scientific research and experimental development. The payment must be linked to the claimant’s company, and the claimant must be authorized to utilize the results of the SRED.

Salary or wages are considered expenditures when the employees have directly completed or engaged in scientific research and experimental development work during the year.

According to the Canada Revenue Agency, the amounts must be incurred and paid in the tax year or paid within 180 days of the tax year-end.

Overhead and other expenditures are referred to as certain expenditures acquired through scientific research and experimental development work that should not have been incurred.

It can be assessed in two ways: the traditional method and the proxy method. The traditional method entails the claimant listing each overhead cost from SRED work as SRED overhead and other expenditures. In contrast, the proxy method allows the claimant the ability not to name the incurred SRED expenditures during the tax year.

When a business begins, it starts and ultimately ends with plenty of costs and expenditures. It is an increasing headache to business owners, especially to those who are new or who have no experience in managing a business. However, there are multiple upsides and advantages to it as well.

One of the main topics we discussed was scientific research and experimental development refunds. Otherwise known as investment tax credits or ITCs, the refund enables a business to have deductions on their incurred costs.

It basically allows a business to subtract an investment percentage from their costs, which lessens the amount to be paid by businesses. Because of this, taxpayers are able to enjoy the exploits of SRED work while decreasing their expenditures.

Expenditures made by businesses and companies play a crucial role as well. SRED refunds can be gained from qualified expenditures, like salaries or wages, materials, contracts, third-party payments, and overhead and other expenditures.

It is essential that business owners, businesses, and companies are well-informed about scientific research and experimental development refunds. Any amount unspent can be put toward good use or to other existing or future expenditures of the company.

Shelly Solis is an SEO specialist and co-founder of SaaSLaunchr. She is a communications graduate and has been writing content on the web since 2009. She loves writing about business, finance, AI, technology, and digital marketing.

Engagement Rings Are Too Expensive? Lab-Grown Diamonds for Her Are the Answer