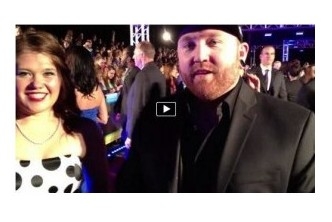 Berlin Germany — A few years ago Jesse-James Cameron and Makeshift Innocence were playing bar gigs in Cornwall Ontario. When Jesse-James and the band headed out West to Calgary they hoped for big things. 2013 has been a huge year for the band. A few months ago they were nominated for a Juno award, now the band is going to play the biggest show of their lives.

Makeshift Innocence is going to headline Fan Mile in Berlin on Saturday May 25th in Germany to celebrate the Champions League Soccer final. There will be literally a mile long sea of people, as over 100,000 people attend this event. The show will also be broadcast all over Germany. On Facebook Jesse-James said, “This is absolutely incredible. We are all still in shock and vibrating with joy! The official press for the show said that Makeshift Innocence is “One of the Highlights” of the show.”