by SeekersAdmin
in News and Announcements
Reading Time: 1 min read
6 0 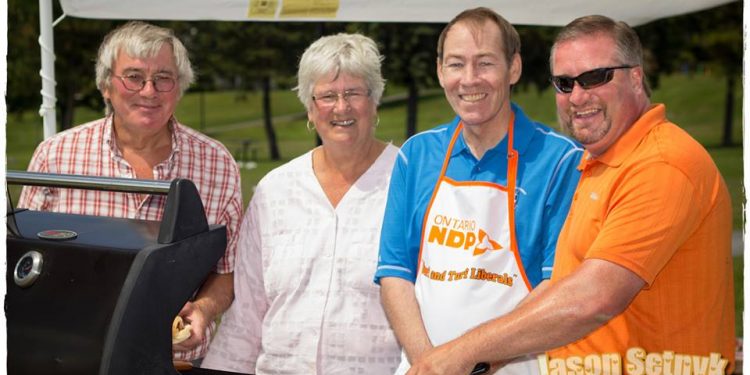 Special guest, Michael Mantha, NDP M.P.P. for Algoma-Manitoulin told the gathering of 200 local residents that this is a great  time to be a New Democrat in Ontario as a result of the recent NDP by-election victories.  Mantha stated: “People appreciate that NDP leader Andrea Horwath and the Ontario NDP are getting results in the Ontario legislature to make life better for everyday Ontarians.”  Mantha also pledged his support to help elect SDSG NDP candidate Elaine MacDonald in the next provincial election.

The BBQ featured food and drinks, games for children of all ages, kite flying, and musical entertainment by the band Administrator.

Brian Lynch, President of the local NDP riding associations stated: “The annual NDP BBQ celebrates the gains that the NDP has made locally, provincially, and federally in recent years and thanks local NDP members, supporters, and the general public for their support.”