Jamie Gilcig to run for Mayor of Cornwall Ontario 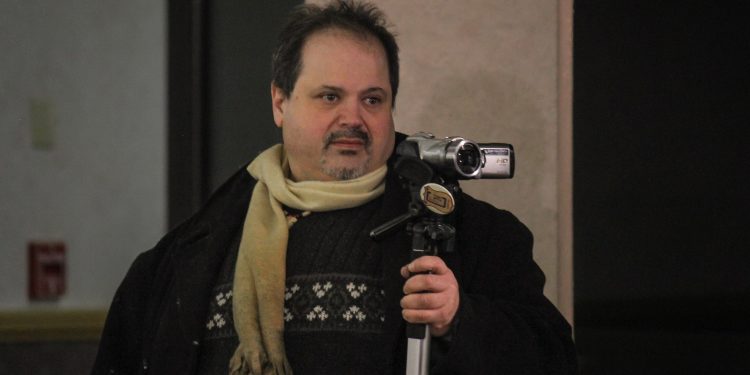 Cornwall Ontario — Jamie Gilcig, Editor of the Cornwall Free News, has announced his run for Mayor today. He is the first nominee for Mayor in the October 27th 2014 election.

A lot has changed since the 2010 election when Mr. Gilcig endorsed Bob Kilger for Mayor. The out spoken gonzo journalist has had a less than cordial relationship with City Hall since then. The climax of which was when Mayor Bob Kilger hit the panic button and had Mr. Gilcig removed from Council Chambers for a t-shirt he disapproved of (the shirt depicted the Mayor on a milk cartoon with the headline ‘missing’).

Mr. Gilcig has criticized the Mayor for being missing several times, including during the final budget session, and most recently at a public meeting concerning the waterfront storage tanks.

Jamie Gilcig would certainly not be the first journalist to make the jump into politics. Chrystia Freeland who worked for Reuters and Toronto Star columnist and author Linda McQuaig both ran to be MP in the same Toronto Centre riding during a by-election held earlier last summer.

Born in Montreal Quebec, he is a screen writer, owner of Seaway Radio online, and former owner of Auctionpie.com. He is also a past director of the Cornwall Chamber of Commerce, and in 2011 he was nominated the Federal Green Party candidate for the SDSG riding.

More articles about Jamie Gilcig in the News: