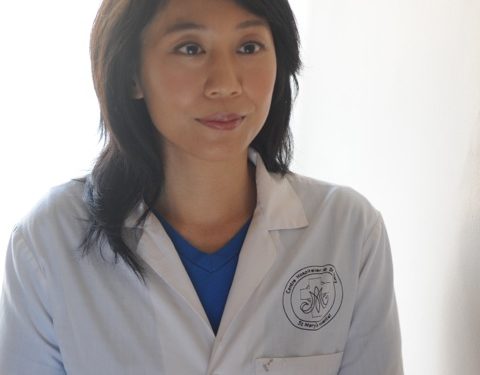 Melissa Yuan-Innes, a local emergency physician, releases her third medical mystery, titled Terminally Ill, written under the name Melissa Yi. The author will appear on Saturday, March 22nd, at 10:30 a.m. at the Alexandria Public library and at 2 p.m. at the Cornwall Public Library. Terminally Ill was the editor’s pick at Kobo Next, a discovery program for new authors. Publishers Weekly praised the novel as “entertaining and insightful.”
Yuan-Innes practices emergency medicine at the Cornwall Community Hospital and the Glengarry Memorial Hospital. Originally from Ottawa, she completed her residency in family and emergency medicine in Montreal. She has published over 20 books and novellas, as well as numerous short stories. She won several writing awards, including Writers of the Future and a collective Aurora Award for Best English Related Work. CBC Radio commissioned her to write a medical drama pilot.
Terminally Ill follows the travails of Dr. Hope Sze, a Montreal resident physician who gets sucked into solving crimes. This time, an escape artist chains and nails himself in a coffin before submerging himself in the St. Lawrence River, but fails to break free. When they dredge his pulseless body from the river, Hope restarts his heart and figures her work is done, until the escape artists asks her to deduce who sabotaged his stunt.
At the book launch, L.K. Below, a Williamstown writer, will also read from her book. Any aspiring novelists will have the opportunity to talk to both authors as well as Mark Leslie Lefebvre, a Kobo director, writer, and a publisher, who will travel from Toronto in order to attend. Terminally Ill will retail for the special price of $15 for the trade paperback, including a free copy of the Kobo e-book. One lucky winner will receive a free paperback from the Cornwall Library.