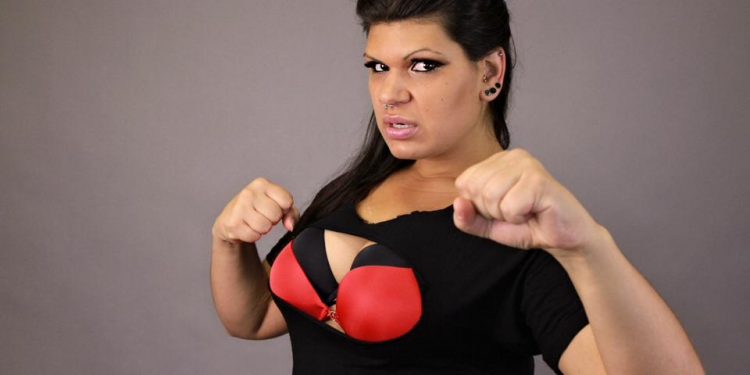 History was made last month when the 6′ ft. 2″ amazon Persephone Vice was victorious in a 15 Superstar Battle Royal, becoming the first woman to earn a shot at the Mecca Pro Wrestling World Championship. On April 26th at “Infiltration”, live from the Agora Centre in Cornwall, Vice will go head to head with the current reigning and defending MPW Champion, Payne. If Persephone Vice were to be victorious, she would then again make history by becoming the first woman in Ontario to win a major title outside her gender. Other featured matches signed for this must see TVCogeco taping are “The Rage” Randy Berry taking on former friend and partner Joey Valentyne in a Street Fight, Derric Hamilton defends the Pound For Pound title against KL Shock, The Incredible Hunks defend the MPW Tag Team titles in an open challenge, Decker “The Ax Man” Leduc vs. The American Barbarian, and more. As always, MPW management are encouraging fans to bring signs and props for a better chance at being seen on TV. Tickets for “Infiltration” are $12 in advance, $40 for a Family 4 Pack or $15 at the door. You may purchase yours at Nativity Bowling, Poppy’s Pawns Plus or the Lotto booth at the Cornwall Square. For ticket reservations, call 613-936-1551. Bell time is scheduled for 7pm.