by SeekersAdmin
in Arts and Culture, News and Announcements
Reading Time: 3 mins read
24 2 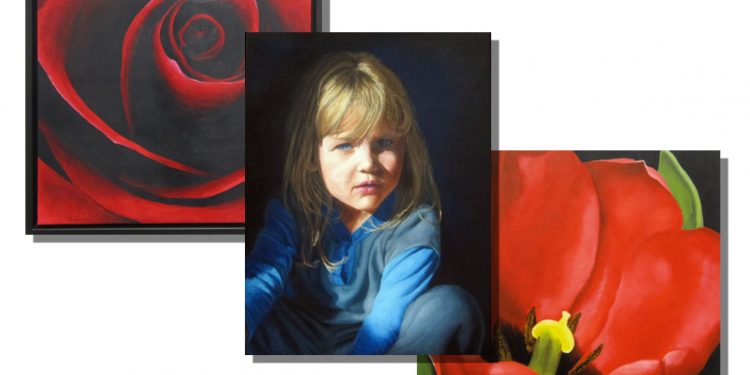 Cornwall Ontario — In the 30 years at Nortel, Donna held various positions including the manager of the Technical Writing & Illustrating dept. Early retirement, has allowed Donna to devote more of her time to painting. Donna is a member of the Foyer Gallery. She is also an active member of the Nepean Fine Arts League (held position as president). Her passion for painting now absorbs her on many fronts; working on her Fine Arts Diploma at St Lawrence College, participating in workshops, and entering exhibits and sales.
She has exhibited in the Homestead Gallery near Kemptville, the Artworks Gallery in Merrickville and the owaa Gallery in Ottawa. Her works were accepted into the 2nd annual Mayor’s Art Festival in Ottawa. She has been juried into numerous exhibits: The TAG annual juried show, the Salon Prize, the Marianne van Silfhout Gallery, Centrepointe Theatre Gallery, Kanata Civic Art Gallery, and Britannia Art Gallery. Her works have also been in Figureworks, the Atrium Gallery, Studio Gallery, NFAL Gallery, Ottawa Little Theatre, Carleton University, Nepean Museum, Artscene and the Tulip Festival. Her paintings are in private collections in Canada, USA, Switzerland, South Africa and St Helena.
“I take numerous photographs and then painstakingly search to find the one that captures my interest. This is true whether I’m painting flowers or people – to me they are all ‘portraits’. My floral paintings are influenced by the late Georgia O’keefe. The close up image brings the viewer a dramatic perspective that evokes an emotional response. My people portraits emulate the play of lights and shadows reminiscent of the old masters like Caravaggio.”
Awards:
2014 1st Ottawa Orchid Society Show for ‘White Waves’
2014 1st Annual Juried show at TAG in Cornwall for ‘From Shadows’
2011 Judges’ Choice Award at NFAL Members’ Exhibit for ‘Bruno’
2011 1st Excellence in Oils at NFAL Members’ Exhibit for ‘Bruno’
2010 3rd in the Salon Prize for ‘Ursula’
2010 1st in Oils at KAC Members’ Juried Show for ‘Red Rose #5’
2010 2nd Excellence in Oils at NFAL Members’ Exhibit for ‘At 21’
2010 3rd Members’ Choice Award at NFAL Members’ Exhibit for ‘At 21’
2010 Award of Excellence KAC Juried Show for ‘3 Calla Lilies in White’
2010 2nd Ottawa Orchid Society Show for ‘My Bud and I’
2010 HM Ottawa Orchid Society Show for ‘Purdon Fen Orchid’
Donna is happy to accept commissions.
Donna “Danuta” Wiegand
Winner of the first prize at TAG’s Juried Show 2014
Portraits & Flower Portraiture
Sep 4, 2014 – Oct 4, 2014
The public is invited to meet the artist on Saturday, September 27th from 10 am to 1 pm and Sunday, September 28th from 1 pm to 4 pm.
The exhibition is ongoing until Oct 4, 2014 at TAG Cornwall, 168 Pitt Street, Cornwall ON K6J 3P4
Gallery hours are Wednesday to Saturday 10:00 am to 5:00 pm.  For more information call (613) 938-7387 or visit our websitewww.tagcornwall.ca