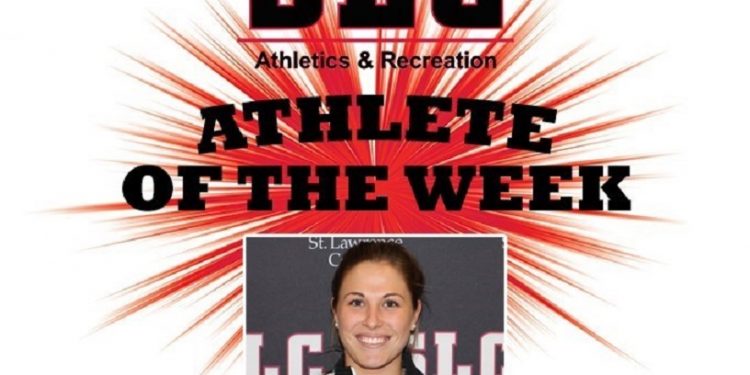 Cornwall Ontario — Sharks women’s hockey rookie, Carly Henderson, scored her first goal as a Shark (on her very first shift) at the Humber College Invitational, where SLC made it to the semi-finals. Carly was an immediate standout for the coaching staff through her hard work in every shift. The first year, Bachelor of Business-Administration student will be a strong asset for the Sharks this season, as she brings several years of competitive hockey experience, proven in her performance at the Humber College Invitational where she created a number of scoring chances for her teammates.

The defending 2013-14 Challenge Cup Champions, SLC-Cornwall Sharks women’s hockey team, travelled to Toronto on Thursday November 20th for the first invitational of the 2014-15 OCCCR season. The Sharks outscored their opponents 12-2 in their first two round robin games, but fell 2-1 in the semi-finals against Wilfrid-Laurier (Brantford) University, with both goals coming within a 15 second time span.

LNAH Board of Governors issues statement about Brock Frost ownership