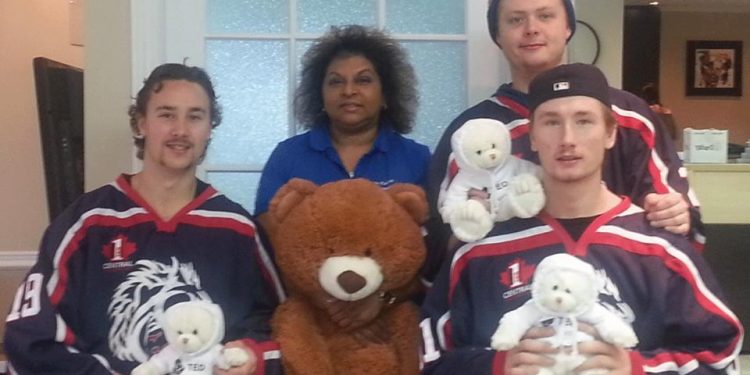 Cornwall Ontario — There were two victories on the ice Thursday night at the Ed Lumley arena at the Civic Complex. The Cornwall Colts defeated Cumberland 4-3 and over 400 bears were collected for Rachel’s Kids.

Tristen Elie, who was the games frist star, got the hat trick including an empty net goal. Lawson MacDonald scored the other goal for the Colts, and he was named the games second star. Matthew Morin of Cumberland was the games third star with one assist.

Brett Nichol stopped 21 of 24 shots for Cornwall and earned his fifth win of the season.

The Cornwall Colts are now 20-9 this season. Go Colts Go!